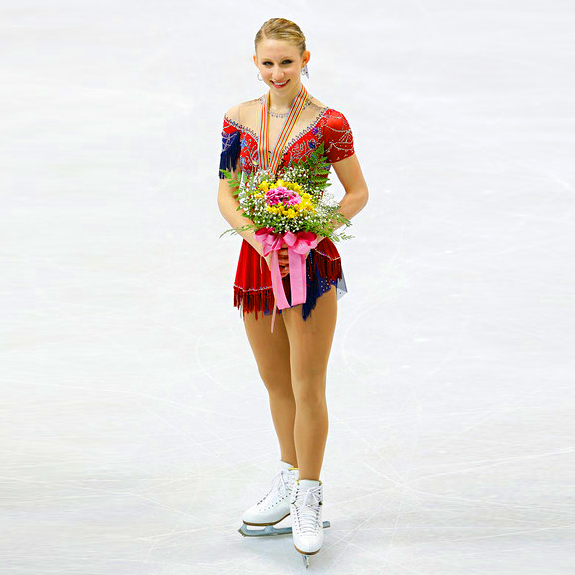 The United State Figure Skating Association will hold their National Championships later this week at the Boston Convention and Exhibition Center. In the senior women’s division, the top three placers will also become part of the United States Olympic team for the 2014 Sochi, Russia Olympics.

“You don’t go into a competition hoping for the third spot,” the two-time bronze medalist at nationals said. “I don’t want to just make it; I want to make a big impact at nationals.”

Zawadzki, 19, has deep Polish roots. Her mother, Jolanta, and grandparents emigrated from Poland and landed in Chicago, where Zawadzki grew up. “I’ve been working toward this pretty much all of my life,” she said. “My family has helped on my journey.”

In 2010, Zawadzki was the junior national champ, but she hasn\'t matched that accomplishment yet on the senior circuit. This World Cup season she placed seventh at the Cup of China in November and sixth at the Rostelecom Cup in Russia. She had two major miscues in the China finals.

“For Boston, I am trying to find my junior success,” she added. I don’t want to over think my program. I just want it to come out again.” Zawadzki currently trains in Colorado Springs.

More than 370 figure skaters will compete at the juvenile, intermediate, novice, junior and senior levels for 20 U.S. titles in ladies, men’s, pairs and ice dance.