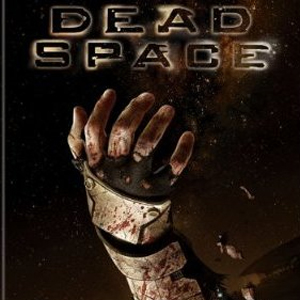 A wonderfully cinematic and immersive experience, Dead Space is a surprisingly strong entry for a brand-new horror franchise...

If you had told any self-respecting gamer two years ago that EA would be the creator of several new and innovative IPs, then they probably would have laughed. And we would have too. When Dead Space and Mirror\'s Edge were announced, we stood to the side, skeptical of EA\'s ability to critically and commercially stun the gaming world. Well, the first of those titles is out. Dead Space is a third-person action-horror experience that manages to provide a horror experience whose action and story-telling rival the best of the Resident Evil franchise. Sometimes, it just feels good to be wrong...

From the onset, Dead Space tosses you into the game\'s unabashedly sci-fi universe. It pulls things from a variety of sources, including Star Wars, Firefly, Star Trek, Alien, etc, but manages to combine those elements in such a way that the world doesn\'t feel unoriginal. You\'re Isaac Clarke, an engineer sent on a standard mission to repair the communications system of the USG Ishimura, a Planet Cracker-class mining ship. Everything seems fine until you begin exploring the ship and realize that there\'s no one there to greet you and your crew. All of a sudden, you\'re separated and thrust into a conflict against a gang of pseudo-zombies named Necromorphs. To further complicate things, it seems that your love interest was assigned to the ship and you have to contend with finding and saving her. The story is a bit cliched, but the execution is well-done and the strong voice-acting helps carry the plot forward.

In contrast to Resident Evil, Isaac doesn\'t have access to any real weapons. Instead, he must make use of mining tools that he finds all over the ship like plasma welders or buzz saws. These weapons must be used wisely in strategic dismemberment, the game\'s combat "mechanic." Each Necromorph must be taken down in a variety of ways, essentially making them puzzles that must be solved quickly and effectively if you want to survive. They are terrifyingly strong and intelligent enemies, often feigning death and coming in waves, always leaving you uncertain whether you have truly cleared out an area.

There is a range of different Necromorphs. Most of them are humans with extra appendages and messed up visages. Horribly mutated undead babies also make an appearance, reminiscent of Doom 3\'s cherubs. The enemies range all the way up to horrifying bosses, who are the catalysts for some pulse-pounding sequences including one whereyou must fight to free yourself from a tentacle that pulls you ever closer to your death.

When you boot up the game, you\'ll find one of EA Redwood\'s most significant design choices: no traditional HUD. Important information is communicated through Isaac\'s RIG suit and the environment. Health is displayed in a series of segmented bars along Isaac\'s spine while ammo readouts are projected by your weapon onto a tiny holographic display. Even inventory menus and maps are projected in real-time in front of Isaac without pausing the game. This makes the experience that much more visceral as you have to constantly worry about enemy ambushes even while you\'re flipping through your inventory.

Your ultimate goal is to escape the ship and save your companion and you get there by traversing the ship and repairing a variety of the Ishimura\'s systems. The game effectively communicates a sense of isolation and hopelessness as you come across crewmembers driven insane by past events. Taking a page out of Bioshock\'s book, Dead Space offers up a variety of audio logs that chronicle the crew’s last moments. These are accompanied by some impressive video logs and journal entries that flush the game out far beyond that of the status quo found in other horror games.

After a while, you’ll gain the ability to use stasis and kinesis, which serve in a variety of combat and puzzle-solving applications. In particular, stasis can tip a fight in your favor, allowing you to freeze several Necromorphs in an oncoming horde.

The game also mixes up the standard corridor shooting with some impressive Zero-G sequences. Isaac’s magnetic boots allow him to launch himself at and attach to a variety of ceilings and walls, all while dodging and outwitting Necromorphs. It’s pretty stunning to finish one off and watch their blood and body parts float off realistically in alternative directions.

Befitting of Dead Space’s rumored origins as a System Shock sequel, you’ll find some light RPG elements within the game. You’ll be able to purchase upgrades for your armor, health, weapons, and ammunition throughout the game. Weapons and armor can be upgraded through the use of nanotech benches scattered throughout the ship that allow you to attach parts to a system of nodes found on each item. These nodes allow you to add clip and damage upgrades, to improve your armor, etc. Inventory space is also limited, so you’ll also have to contend with managing your health packs and ammo, adding another variable of uncertainty to an already-unsettling experience.

Dead Space’s proprietary engine is surprisingly strong in communicating both the technical and artistic aspects needed to create a proper sci-fi horror experience. While character models and particle effects have been neglected and consequently look out-dated, it is apparent that a lot of EA Redwood’s focus went into the game’s incredibly immersive lighting and shadowing. Dead Space isn’t the best-looking game ever made, but remains quite a looker.

Dead Space’s strong suit is easily its sound design. Even though you won’t always see them, the Necromorphs are a constant presence in the ship, creating distant and not-so-distant sound effects as they go around finishing the crew and further mutating into even more hideous forms. Environmental effects such as hissing steam and the slithering of enemies as they travel through the ship’s air duct system will keep you on your toes. Music is minimalistic, but the Ishimura itself provides a soundscape that can hardly be rivaled in the modern gaming industry.

A remarkable first installment in what can become one of the premiere action/horror gaming franchises, Dead Space is a game that should be experienced and heard to believe. It’ll satisfy both sci-fi nuts and those looking to get terrified enough to be unable to sleep after experiencing it.

Gameplay: 8.5 – Presents several twists on the standard Resident Evil third-person mechanics. Introduces a light-RPG system and some impressive Zero-G sequences that really mix up the pace. Controls are a bit wonky, but that’s easy to get past after a little time getting used to them.

Presentation: 9.5 – Amazingly well-presented world and narrative. Voice acting and visual/aural cues in the environment provide one horrific and oppressive experience.

Graphics: 8.5 – Features some impressive shadowing and lighting techniques. Character models and particle effects are weak points, but they don’t destroy the experience. Dead Space’s artistic design is surprisingly strong, with the Necromorphs standing out as some as some of the most memorable enemies we’ve fought recently

Sound: 10 – This is obviously where a bulk of the dev team’s muscle has been directed. Dead Space’s aural landscape is simply unsurpassed in the horror genre and award-worthy material for the entire industry.

Value: 8.5 – Even though it’s a single-player-only game, it offers an experience that one is unlikely to forget for months to come. Of course, you can always replay on the highest difficulty and try to finish upgrading your suit and weapons, but we’re still too mentally disturbed by our first playthrough to even contemplate that…

Final Score: 9.0 – Dead Space will satisfy both sci-fi nuts and those looking to get their wits scared out of them. It is a stunning achievement for EA Redwood and one of the few impressive new IPs to come out this year.