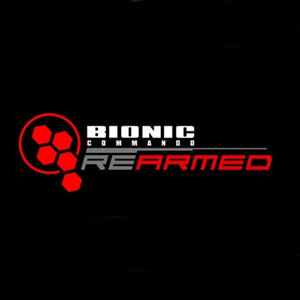 A fun trip down memory lane, Bionic Commando Rearmed remains a nostalgic and entertaining adventure, even in the new millennium...

Bionic Commando is a classic in gamers\' minds, there\'s no doubt about that. Being of the few platformers that eschewed a jump button, Capcom introduced a cool but tricky grappling system. For fans of the original, Rearmed is an enjoyable trip down memory lane with some fancy new graphics and modes. However, its appeal might be lost on those who haven\'t experienced the original when it was at the height of its former glory.

Your bionic arm is going to get a lot of use during the game, allowing you to traverse even the most simplest of environments. You are constantly encouraged to search for ledges and overhangings to grab onto and throw yourself across a stage. All in all, the environmental navigation is satisfying and still feels unique after all of these years. The combat doesn\'t quite reach the same quality bar, as you\'ll be fighting dim-witted enemies with horizontal blasts. The game is difficult, but that\'s not only due to the nature of the gameplay.

To put it lightly, the controls on all 3 platforms are at best cumbersome to use. The grappling hook is hard to control and difficult to aim in diagonal directions. In this case, the PS3 has the advantage with slightly less irritating controls. As a trip down memory lane, the game also preserves some downright archaic gameplay conventions that died out long ago, including enemies that attack you from outside your field of vision, meaning it\'s likely that you\'ll constantly take damage before you memorize their locations. Also, there are odd overhead-perspective sections and unlock sequences set in between some levels that only end up messing up the pacing. Some people will respect this nostalgic nod, but the gameplay quirks might put off newcomers to the platform.

There is no doubt about the fact that the game looks quite sharp, even for a downloadable title. Characters are well-animated and highly-detailed. Your path is highlighted by strongly animated ledges and walkways that make it simple to navigate around levels and get the jump on enemies. Overall, the game is quite pleasing to look at.

For $15, GRIN has packed in a lot of value, extending beyond just the main game with modes like challenge, co-op and multiplayer. Challenge mode brings 56 levels that make the original look like a cakewalk. Co-op is self-explanatory and multiplayer is a simple, 4-player deathmatch affair that will provide some distraction.

In the end, Rearmed is a passable remake of a classic. Despite its gameplay quirks, its core mechanics and impressive visuals, combined with a value-packed package, make it easily recommendable to those thirsting for some old-school action.

Gameplay: 7.5 – Despite some leftover junk from ancient gameplay mechanics, Bionic Commando remains a fun game, especially when played in co-op.

Presentation: 8.5 – A combination of great music and visuals combine to make a stunningly-faithful modern facelift for a classic.

Graphics: 8.5 – Very pleasant looking visuals that do what they can to make the experience as enjoyable as possible.

Sound: 8.0 – The intro music is blissfully nostalgic and the rest of the sound design remains faithful to the franchise.

Value: 8.5 – Well worth the minimalistic price-tag due to the inclusion of additional modes like co-op, challenge, and multiplayer.