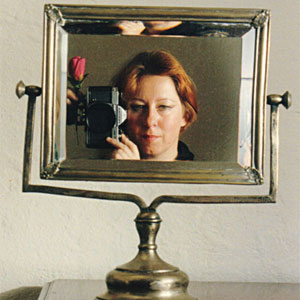 Arabian Nights is a show that brings a fairy tale to life on horseback. Beautiful horses from around the world are showcased in the world’s largest indoor equestrian arena for a permanent show. The magic display of breathtaking horses and colorful costumes combine to create a celebration of horses and riders. Arabian Nights has created its own niche, a unique venue that is incomparable to any attraction in the Orlando area.

The Arabian is the oldest of all domesticated breeds of horses and forefather of all riding breeds. Their beauty, athletic ability, stamina and strength make them ideal for most jobs in the Arabian Nights show.

New Yorker since 1987. Educated in Poland but in love with New York. Architect by profession, photographer by vocation. Graduated from the Technical University of Krakow, Poland. In New York she studied at the New York Institute of Photography, The Fashion Institute of Technology, and Queens College. She is the Winner of the News & Photojournalism Photo Contest by the New York Institute of Photography in 1989; a member of the Foreign Press Association; and co-founder of the Polish-American Photographic Club. She has participated in numerous individual and group shows in the U.S. and Poland and is a regular contributor to Polish Daily News and Kurier Plus. She is also press and portrait photographer.

Her works has appeared in periodicals, newspapers, books, catalogues, posters and CD covers. Her works have been published in: American magazines such as NEW YORK TIMES, NEWSDAY, PLAYBOY, MANHATTAN FILE, WORLD LITERATURE TODAY, GREENPOINT GAZETTE; Polish magazines such as PANI, TWOJ STYL, VIVA, REZYDENCJE, GENTLEMAN; German magazine DER SPIEGEL; and Chilean magazine SABADO, among others. Her pictures of famous Polish singers such as Irena Jarocka, Danuta Rinn, Jerzy Polomski, and Andrzej Zielinski appeared on covers of their CD’s. She works with several Polish-American organizations, including the Polish & Slavic Center and the Kosciuszko Foundation and is well known for chronicling the cultural and political life of Polish community in the United States. One of her photographs was published in Mayor’s Giuliani promotional brochure when he held office in New York City. In October 2008 Office of the President Borough of Queens presented her with “Citation of Honor” on the occasion of the 2008 Polish American Heritage Month celebration.