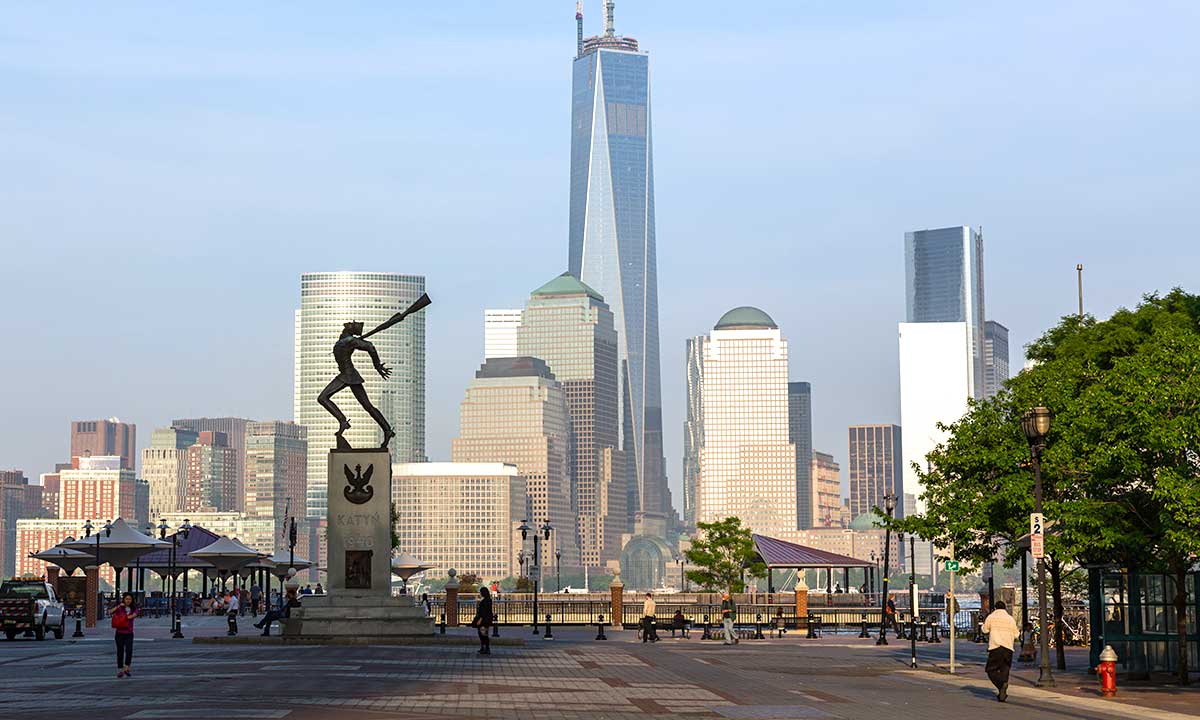 In 1991, a memorial was unveiled in Exchange Place in Jersey City, N.J., to commemorate the victims of the Katyn Massacre by the Soviet Union in 1940. The Katyń Memorial is a 34-foot-tall bronze statue created by Polish American sculptor Andrzej Pitynski. The Memorial is a striking symbol of the brutality of the Soviet Union against the Polish Nation and its people during World War II, and by extension to the millions of victims of communist regimes.

In April 1940, at Katyn, and several other killing fields in the western Soviet Union, approximately 22,000 Polish officers, many of them reserve officers who were academics in civilian life, and future leaders were murdered by the NKVD, the secret police of the Soviet Union, under direct orders from Joseph Stalin. This crime was denied by the Soviet Union for decades until 1990 when the Soviet Union finally admitted responsibility for the act committed 50 years before. In 2010, Russia officially declared that Stalin and other Soviet leaders were responsible for ordering the execution of the Polish officers at Katyn, who were prisoners of war.

In 2018, the Exchange Place Alliance Special Improvement District proposed moving the Memorial to a different location. This plan was successfully opposed, and the Memorial remains where it was originally erected.

We understand the need for progress and improving our cities. We agree that plaza and its surroundings need improvement. We want the area to be as welcoming and attractive as possible so more people than ever will have reason to visit and learn more about the tragedy of Katyn. We do not object to progress, we only request that it would be not obscured from the public.

The PAC supports efforts to improve the appearance and accessibility of Exchange Place, but it should not be done in such a manner as to diminish the Memorial and what it represents. The PAC strongly urges Mayor Steven Fulop, and the Jersey City Council to sit down with members of the Polish Community to discuss the plans and listen to the legitimate concerns being raised by our community.

The Polish American Congress hopes the leaders of Jersey City will take our message to heart and seek a solution that satisfies all the stakeholders in this matter. Done correctly, the Memorial and plaza will be a beautiful attraction of Jersey City and a never-ending reminder of man’s inhumanity to man.