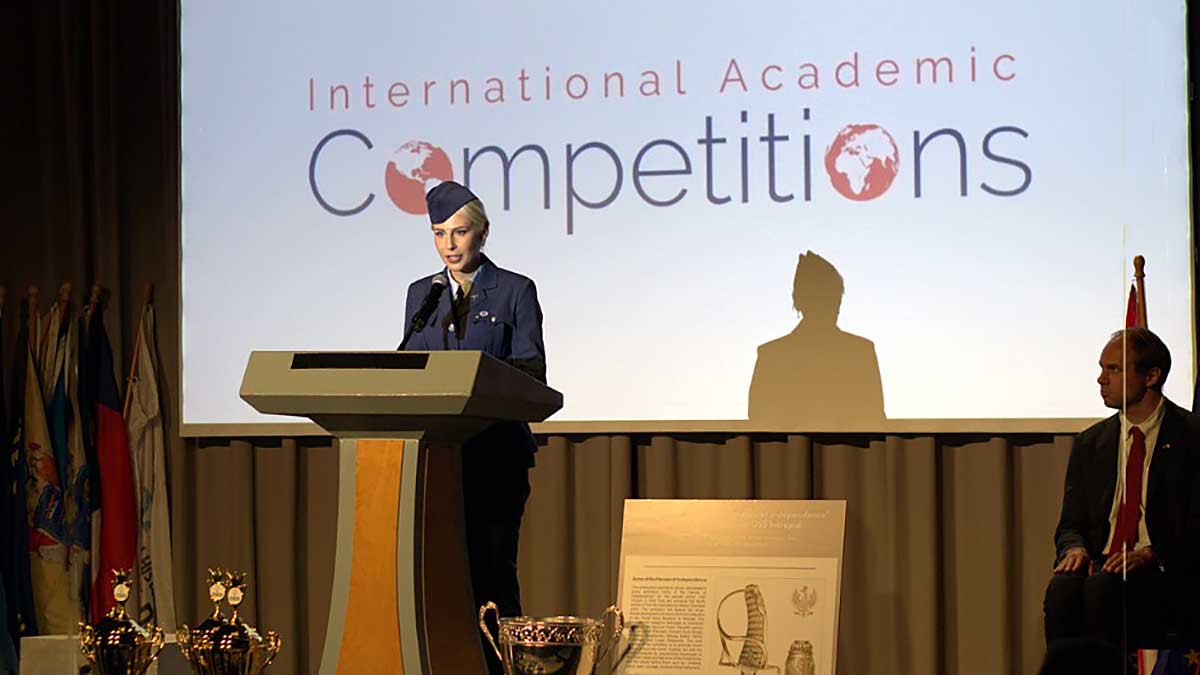 On August 31 2022 on the American aircraft from the II World War - USS Intrepid, there was a screening of the international film production of producer Jacek Samojłowicz "Squadron 303" based on the book written by Arkady Fiedler, which became the world's bestseller - “Squadron 303”.

This is the story of the highly regarded fighter squadron, which served mainly airmen from Poland, in the history of aerial combat and their heroic defense of England during WW2, the Battle of Britain against Nazi attacks. The 303 Squadron shot three times more Luftwaffe planes than any other allied squadron.Those young pilots fought against nazism and for values like peace, human dignity, and respect for others.They fought for the freedom of Poland, Europe, and the whole world.

Launched in 1943, the aircraft carrier Intrepid fought in World War II, surviving five kamikaze attacks and one torpedo strike. The ship later served in the Cold War and the Vietnam War. Intrepid also served as a NASA recovery vessel in the 1960s.

More than 50,000 men served on board Intrepid during the ship's time in service, and more than 250 men made the ultimate sacrifice. Intrepid was decommissioned in 1974.

Today, Intrepid is berthed on the Hudson River as the centerpiece of the Intrepid Sea, Air & Space Museum. 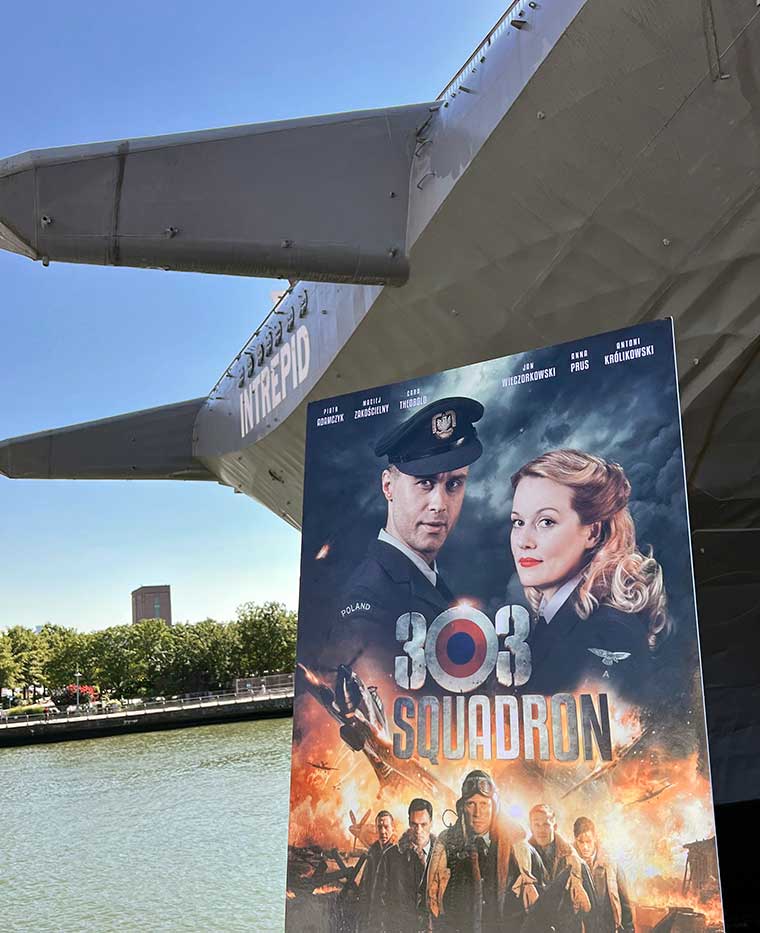 “Squadron 303” movie, which has its world premiere for the 100th Anniversary of Polish aviation, was a great international success.
The premiere of the film Squadron 303 in New York and New Jersey took place thanks to TeatrPolski.us.

On October 21, 2018, the producer of the film, Jacek Samojłowicz, the ambassador of the film Angelika Jarosławska Sapieha and actors: Ania Prus, Maciej Zakościelny, and Marcin Kwaśny visited the United States - Los Angeles, Chicago, and New York for the U.S. premieres of the movie and to meet with an international audience.One of the meetings was chaired by Monika Adamski, editor-in-chief of Radio Rampa. At that time, a large number of Polish diaspora met with the film actors and producers.

The aviation world is today enjoying the big hit of Tom Cruise, which is the premiere of "Top Gun: Maverick" on the U.S.S. Midway, San Diego.

Let us recall that just recently Tom Cruise invited Angelika Ewa Jarosławska Sapieha to the Cannes Festival and she accompanied him on stage before the premiere of the “Top Gun. Maverick” in a red Royal Militare suit inspired by aviation.

“After the great success of this film production, Jacek Samojłowicz decided to continue the rest of the 303 Squadron, and is also considering the production of a new film about Witold Urbanowicz, the outstanding commander of the 303 Squadron” - said Angelika Jarosławska Sapieha. 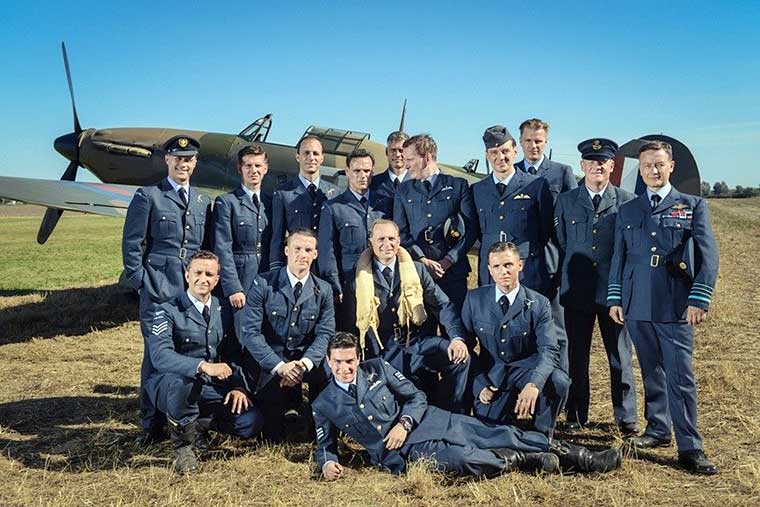 During the closing ceremony at the USS Intrepid Princess Angelika gave a speech: https://angelikajaroslawskasapieha.com/princess-angelika-jaroslawska-sapiehas-speech-at-the-uss-intrepid-in-new-york/

Angelika Jarosławska Sapieha appealed to the entire Polish community as the Ambassador of Museum 303 in Napoleon, near Częstochowa, to preserve the history that is so important to Poles and the entire community on the day before the anniversary of the Warsaw Uprising.

She also encouraged the international community to visit the 303 Museum which consists of the precious memorabilia of Polish squadrons who fought in the Battle of Britain and more.

As an International Peace Ambassador, global anti-landmine activist, and initiator of the “One Mine One Life” campaign she appealed for peace and draw attention to the current situation of Ukrainians, especially children, who fled the war. She also thanked David Madden for the beautiful promotion of culture, geography, and history among children and youngsters around the world.