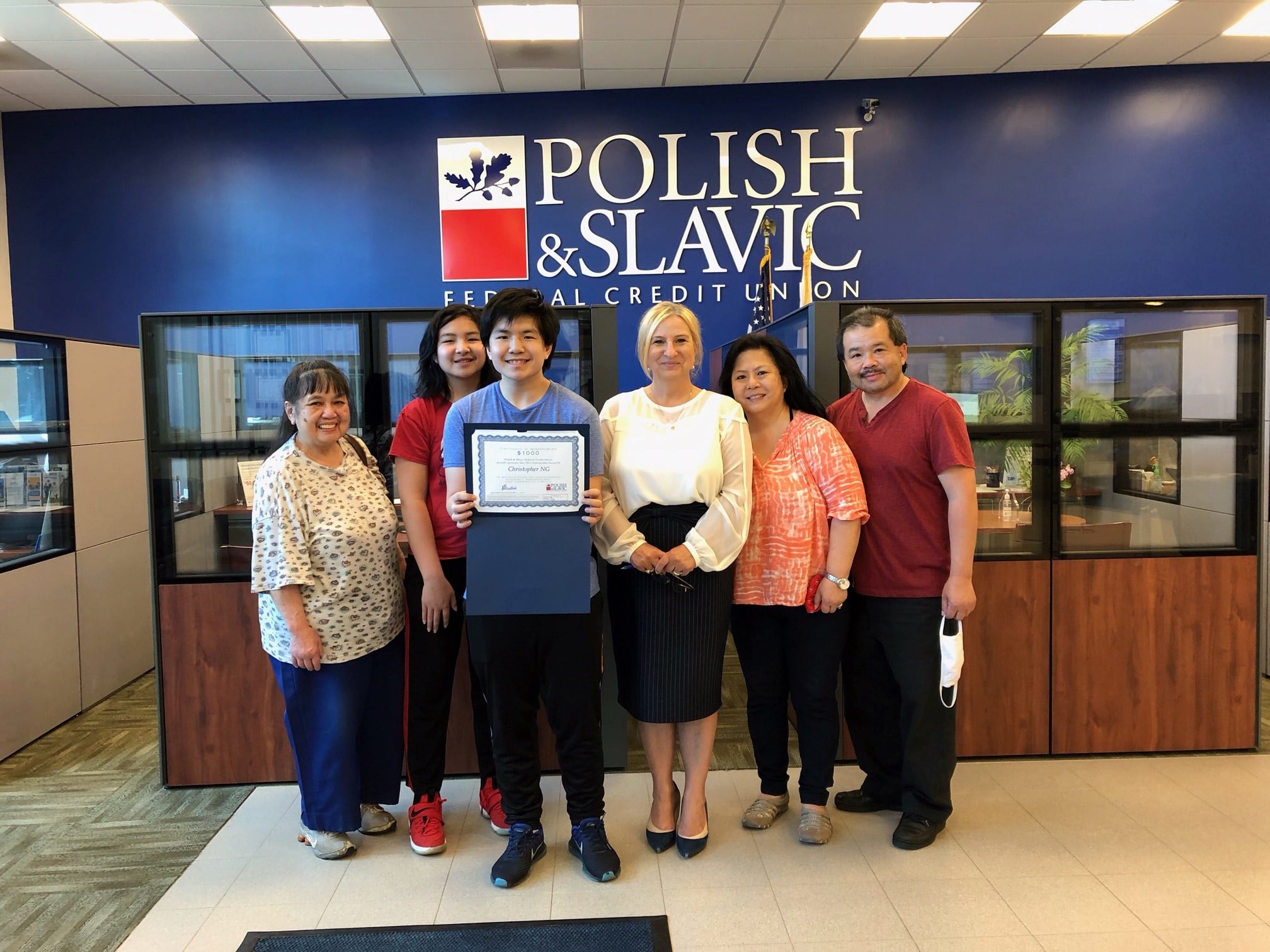 Half a million dollars was given by Polish & Slavic Federal Credit Union (PSFCU) to the recipients of the 2021 Scholarship Program. This year, 421 young members of Our Union received the scholarship. They came from 9 different states and the nation’s capital, Washington D.C.

Similarly to the previous years, the majority of the recipients came from the state of Illinois (Chicago and the surrounding area) - that is 156 students. The rest of the awardees come from other states with PSFCU branches: New Jersey (124 students), New York (119 students) and Pennsylvania (13 students). We are also happy that the scholarship winners include the Members of Our Union who live in the states where PSFCU does not have branches: Connecticut (4 awardees), and also one recipient in each of the following states: New Hampshire, Florida, Alabama, Arizona and Washington DC.

“This is the most important annual PSFCU program and an amazing investment in the future of Our Union and also Polish-Americans in the United States,” said Bogdan Ogórek, Second Vice Chairman of the Board Of Directors at PSFCU and the Chairman of the Scholarship Committee.

Because of the COVID-19 pandemic, the PSFCU again cancel the official awards ceremonies, which used to be organized in New York, New Jersey and Illinois. The scholarship winners collected their awards personally at the PSFCU branches. Each of the winners, in addition to the check, received a copy of “Poland 1939” by Roger Moorhouse, a British historian who wrote about Poland’s military defense during German attack in September 1939.

Because of the COVID-19 pandemic and with the hope that the program resumes next year, the PSFCU had to cancel the third traditional part of the 2021 Scholarship Program: the 10-day study trip to Poland for ten PSFCU Members as a part of the Presidential Internship Program under the patronage of the Polish President, Andrzej Duda.

“We are happy that despite the ongoing COVID-19 pandemic, Polish and Slavic Federal Credit Union is in a great financial position, which allowed us to proceed with this year’s Scholarship Program,” said Bogdan Chmielewski, Chief Executive Officer at PSFCU.

The PSFCU Scholarship Program was established in 2001 and since then, including this years’ 21st edition, the institution has awarded 5,100 students for a total amount of $6,000,000.