The Big Six - Polish Queens of the American Culture of the 1920s. - by Andrzej Krakowski, Ph.D. in NYC 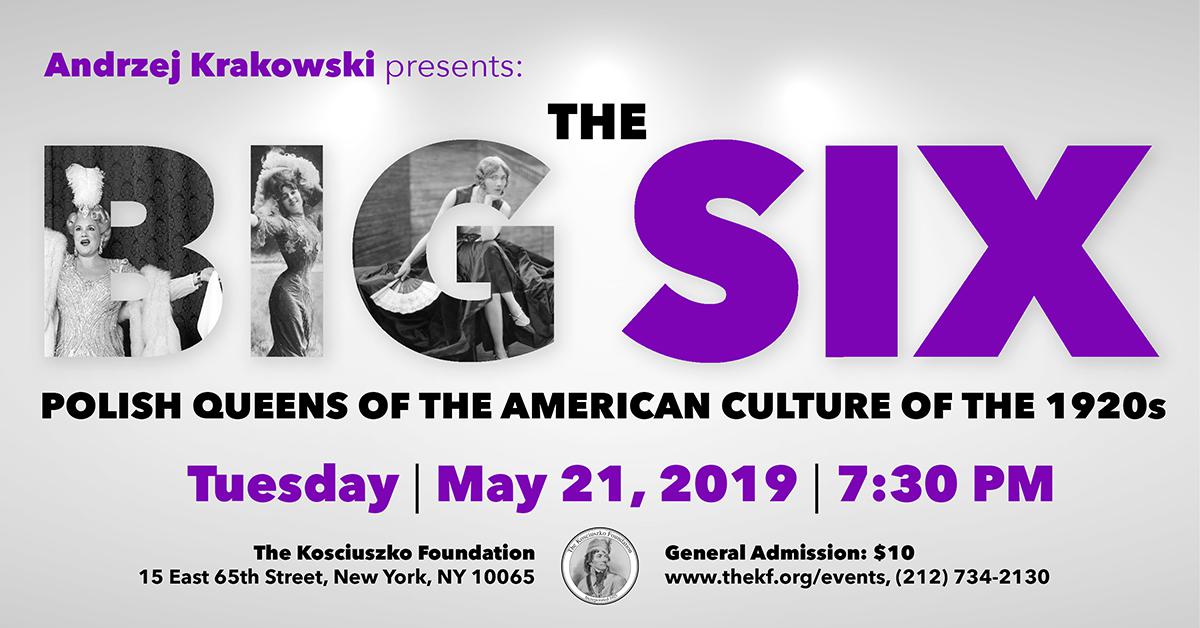 The Big Six - Polish Queens of the American Culture of the 1920s.

When in 1922 Pola Negri was disembarking the ship in New York she was greeted by cheering crowds of fans, the city mayor and a new luxury car - a gift from the Paramount studio. What she did not know was that at the same time five other her compatriots ruled American culture. Stage belonged to Gilda Gray, theater – to Anna Held, jazz - Sophie Tucker, literature - Anzia Jezierska and journalism to Rose Pastor-Stokes.

Join us for an insightful, entertaining and very much informative evening with Prof. Andrzej Krakowski as he shines light and gives long-due credit to Polish women who made fundamental contributions to shaping the American culture.

Andrzej Krakowski, Professor of Screenwriting and Producing at the City College of NY, awarded film producer, author and director. His production of a 10-episode dramatic TV series titled We Are New York won two Emmy Awards in 2010.

Information for U.S. and Dual National Polish-American Citizens who Wish to Travel to Poland Dental Office of Mariola Perkowska DDS in Clifton, NJ The 76th Anniversary of the Outbreak of the Warsaw Uprising Bison Diamond Tools Who is Authorized to Enter Poland Current Restrictions on Entry to the United States for Visa and ESTA Holders Legal Dinner Seminar Event in NJ
read more