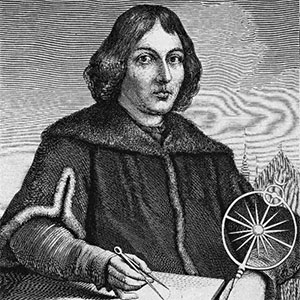 The Kosciuszko Foundation has established The Collegium of Eminent Scientists to recognize and honor the achievements of scientists of Polish origin and ancestry in the United States.

The brilliance of Polish scientists such as Nicolaus Copernicus and Maria Sklodowska-Curie are known worldwide, but there are hundreds of eminent scholars of Polish origin and ancestry living and working in the United States.

Dr. Darzynkiewicz said, "These scholars have excelled and achieved high recognition in diverse branches of science. Some of them are Nobel Prize winners. While many are known for their outstanding work within the confines of their particular field of activity, little is known of their achievements by scientists working in other disciplines or to the general public in the U.S. and Poland."

Dr. Hagadus said, "The Kosciuszko Foundation has taken this step to bring deserved recognition to the achievements of Polish scientists in the United States."

The goals of this initiative are:

Scientists honored by election to the Collegium are recognized as Distinguished Fellows of the Collegium. The Honorary Advisory Members are Professors Frank Wilczek (Massachusetts Institute of Technology), Roald Hoffman (Cornell University), Waclaw Szybalski (McArdle Institute for Cancer Research) and Maria Siemionow (Cleveland Clinic). The Committee has been charged with the critical function of reviewing individual scientists for recognition by the Collegium. The directory listing the honored individuals (Distinguished Fellows of the Collegium) is accessible on the KF website >>>

This directory may be useful to Polska Akademia Nauk (PAN), Polska Akademia Umiejetności (PAU) and to other scientific organizations and institutes in Poland and in the United States seeking to invite speakers for scientific events, organize joint meetings, webinars on selected topics, consultations, or other types of research interactions.

To establish and maintain the prestige of the Collegium the criteria for election of the Fellows is set at a high level. Objective measures such as number of publications, frequency of citations, h-index citations impact factor, number of U.S. patents, ranking on professional websites, e.g., www.biomedexperts.com and assessment of other attributes will be employed.

The following criteria are considered:

An additional category for Collegium Membership is that of Honorary Member granted to those American Scientists not of Polish ancestry, who, by virtue of their significant and recognized contribution to a branch of science in Poland have importantly advanced that discipline and are recognized by academic and/or governmental scientific institutions in Poland for their special achievements.