A Record on a European Scale. The Largest Tender for the Design of Railway Investments has Been Launched 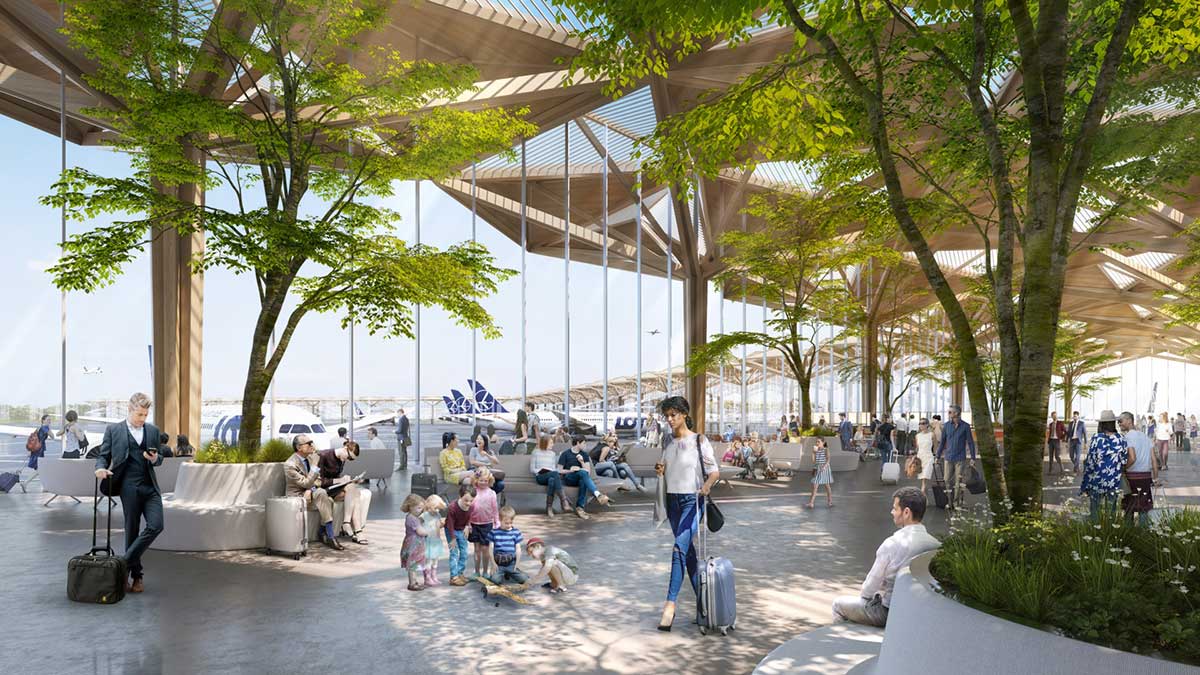 Solidarity Transport Hub, a Polish company, announced last week a framework procedure for the design documentation for the country's largest ever rail investment programme. The estimated value of design works is more than EUR 1.5 billion net. This is the largest framework agreement for design works in Europe to date.

The Solidarity Transport Hub is the planned transfer hub to be constructed in the centre of the country between Warsaw and Łódź, which will integrate air, rail and road transport. As part of this project, “Solidarity” Airport will be built 37 km west of Warsaw, but not only. In addition to the airport, a rail network with a total length of around 2,000 km is planned. The Solidarity Transport Hub is the largest project of this kind in the Central and Eastern Europe and will have a significant impact on the transport situation in the entire region.

The purpose of the tender is to select a group of contractors to whom the Solidarity Transport Hub company will be able to commission design tasks in a simplified procedure of executory procedures for eight years. The Contracting Authority (the "Solidarity Transport Hub" company) counts on the interest of specialist design offices from Poland and abroad.

The tender is conducted simultaneously in two languages: Polish and English. Tenders can be submitted until 5 November. Details of the procedure can be found on the EU's Tender Electronic Daily platform: https://ted.europa.eu/udl?uri=TED:NOTICE:503863-2021:TEXT:PL:HTML&src=0. The proceedings in Polish can be found on the “Smart PZP” platform https://portal.smartpzp.pl/cpk/public/postepowanie?postepowanie=20419108.

The rail design works will include, among others, elements of the central line of the new high-speed rail system, which will run from the capital to major cities in the west of the country: These include: Warsaw – Solidarity Transport Hub – Łódź – Wrocław/Poznań, the extension of the Central Railway Line to the north of the country (towards Płock, Włocławek and the Tricity) and the new Katowice – Kraków line. It also includes sections running through areas that are currently excluded from transport, e.g. in the northern and south-eastern parts of the country, such as Masuria or the Bieszczady mountains.

– The framework agreement will enable us to select contractors who can guarantee appropriate quality of the works. The idea is that later on, in the fast tenders of the STH, they will compete for executory agreements says Mikołaj Wild, the President of the Solidarity Transport Hub company. The effects of such solution are unambiguously positive: a quality guarantee through the selection of reliable partners, shorter duration of orders and predictability of the order book. This solution has already proven effective, among other things, in the environmental inventories of the STH, which have been in progress since the previous year – he adds.

Orders under the framework agreement will concern: materials for environmental decisions, programme and spatial concepts (PSC), designs and studies for location decisions and property acquisition, building permit designs for obtaining building permits, detailed designs and documentation for selecting contractors of the construction works.

At the same time, the Solidarity Transport Hub company will have the possibility of ordering design services in various configurations depending on current needs (e.g. either for design documentation of the entire investment process, or only for selected design studies mentioned above).

The framework agreement will enable the Solidarity Transport Hub company to select contractors of the design works in the subsequent simplified execution contracts more efficiently and quickly. In the currently ongoing procedure, the company evaluates only qualitative criteria (mainly the criterion of personnel experience). Price tenders will only be taken into account during simplified executory orders addressed to the contractors with whom the framework agreement will be concluded.

– For us, dialogue with contractors and getting to know each other's expectations are at the essence of cooperation on framework agreements. The objective is a joint action that will give the contracting authority an opportunity to efficiently select contractors, and contractors – to build a valuable order book in the long term and based on clearly defined criteria – says Radosław Kantak, the member of the Management Board of the STH Company responsible for railway investments.
The procedure concerns a total of 29 projects divided into 82 sections which make up approximately 2,000 km of railway lines to be completed by the Solidarity Transport Hub by the end of 2034. Among them there will be high-speed railway sections with a design speed of up to 350 km/h.

– Using international best role models, we will create contract conditions that are attractive to contractors. Among other things, we offer flexible forms of remuneration, e.g. partial payments, additional prepayments payable in advance, lump-sum and unit-price settlements (depending on the type of service), as well as additional remuneration for acceleration of the works. All these solutions were based on the conclusions of the preliminary market consultations we conducted with the industry – says President Mikołaj Wild.

The signing of the framework agreement for the design works is only the first step. Framework agreements are being prepared for: contracts for the contract engineer and for construction works.
The railway investment programme of Solidarity Transport Hub envisages the construction of approximately 2,000 km of new high-speed railway lines leading from 10 directions to the new airport ("Solidarity” Airport) and Warsaw. The estimated value of STH's railway investments until 2034 is almost PLN 95 billion. They will make it possible to get to the “Solidarity” Airport from most cities in Poland in up to 2.5 hours.

The Solidarity Transport Hub is the planned transfer hub between Warsaw and Łódź, which will integrate air, rail and road transport. As part of this project, the Solidarity Airport will be built at a distance of 37 km west of Warsaw, at the area of approx. 3,000 hectares; in the first phase, it will have the capacity of 45 million passengers per year. The STH will also include railway investments: a hub in the immediate vicinity of the airport and connections within the country, which will link Warsaw with the largest cities in Poland with a travel time of up to 2.5 hours. The investment should give rise to creation of over 150 thousand new jobs. In the area of the STH, the Airport City will be established, which will include, among others, fair and congress, conference and office facilities. The STH is fully owned by the State Treasury. It is recognized as a strategic company from the point of view of the country's interests.