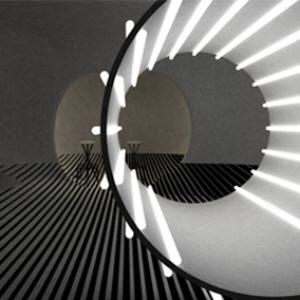 Performa in association with the Polish Cultural Institute in New York presents:

For Performa 09, Christian Tomaszewski, in collaboration with video and performance artist Joanna Malinowska, considers how the future was imagined by the Communist regimes of the former Soviet Bloc. Mother Earth Sister Moon explores this theme by examining the fashion and style elements of a diverse range of Eastern Bloc phenomena, including the Soviet space program, sci-fi film and literature, and the cults surrounding the mysterious 1908 explosion over the Tunguska River Valley in central Siberia.

This artists’ investigation manifests itself as a giant reconstruction of the suit worn by the first woman in space − Russian astronaut Valentina Tereshkova − that also pays tribute to the sculpture Hon-en Katedral (“She-a Cathedral”), an enormous female figure conceived and built by Niki de Saint Phalle with Jean Tinguely in 1966. Visitors to the sculpture will be able to walk inside it and − at designated “performance” times − view a fashion show, with music by Masami Tomihisa, featuring both reconstructions of actual garments and new designs that evoke the Soviet space program and science-fiction films. In this way, the live show will act as a curated design exhibition in motion.

Christian Tomaszewski was born in 1971 in Gdansk, and received his MFA from the Academy of Fine Arts in Poznan, Poland. He currently lives in New York. His multimedia installations explore aspects of cinema, architecture, and the reconstruction or deconstruction of narrative. His work has been exhibited widely in the U.S. and Europe, including his recent solo exhibition, at New York\'s SculptureCenter.

Joanna Malinowska is a Polish-born, New York-based artist working in video, sculpture, sound, and performance. A graduate of Yale University\'s MFA program, she has exhibited her work in the U.S. and internationally, and is a 2009 recipient of a John Simon Guggenheim Memorial Fellowship in Visual Arts.

Performa 09 (November 1-22, 2009, New York City) is the third edition of the internationally acclaimed biennial of new visual art performance presented by Performa, www.performa-arts.org It showcases new work by over 80 of the most exciting artists working today, in an innovative program that breaks down the boundaries between visual art, music, dance, poetry, fashion, architecture, graphic design, and the culinary arts.

A Performa Commission produced in association with the Polish Cultural Institute in New York and Open Art Projects. Supported by the Trust for Mutual Understanding and Performa Producer’s Circle member Illya Szilak.