2021 Annual Meeting of the PSFCU in New York - Announcement 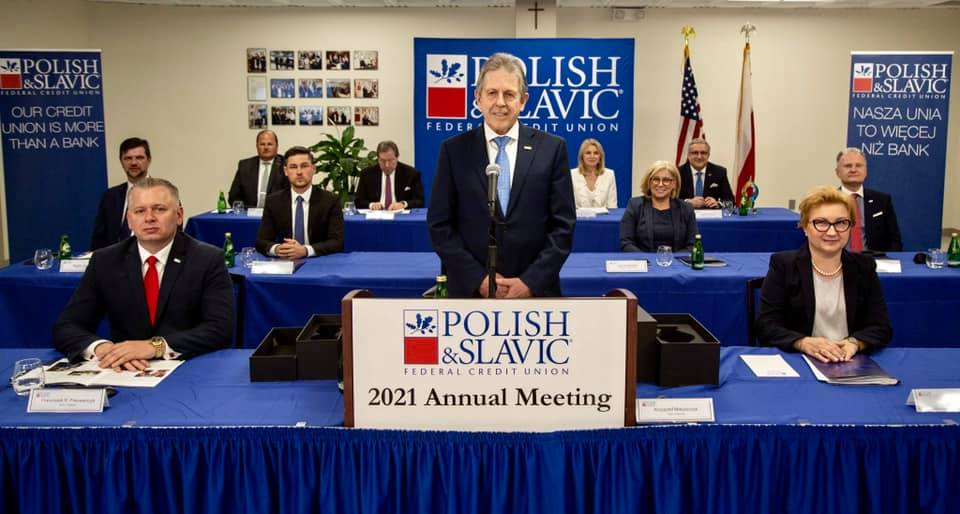 The Annual Meeting of the Polish & Slavic Federal Credit Union was held at the PSFCU headquarters in New York's Greenpoint area on Saturday, May 15, 2021. Due to the COVID-19 pandemic, the meeting was held in the form of videoconference and audio transmission. 300 PSFCU members took part in the meeting in various forms.

During the meeting, the names of the directors were announced who will serve on the Board of Directors in 2021-24. In the 2021 election, the following people ran for the PSFCU Board of Directors: Malgorzata Czajkowska, Iwona Korga, Ph.D, Bogdan Ogorek, Franciszek R. Piwowarczyk.

According to the PSFCU bylaws, since only one person ran for each vacancy in the Board of Directors, elections to the Board were not conducted and the candidates became directors for a three-year term.

On the same day, PSFCU Board of Directors elected Board's Executive Committee and Supervisory Committee.

Mr. Krzysztof Matyszczyk, Chairman of the Board

Congratulations to all volunteers on their functions. We wish them success in performing their functions on the Board of Directors and Supervisory Committee.

SHOW COMPANY PHONE
tel: Click phone# to call and tell them you found their ad in Polish Pages

Polish American Insurance Agent in NJ - Bogumiła Ogorzalek
PSFCU Assets Exceeded $2.5 Billion
IRS: New Tax Day 2021 for Individuals is May 17
Free Tax Services in Greenpoint in NYC
Who Needs Medical and Legal Expertise after an Car Accident?
Message from United Poles Federal Credit Union
Celebrate 56 Years with Us!
Harassment, Discrimination in Your Workplace in NY or NJ? Our Attorneys May Help You
The 2020 Annual Meeting at United Poles FCU
SEE MORE