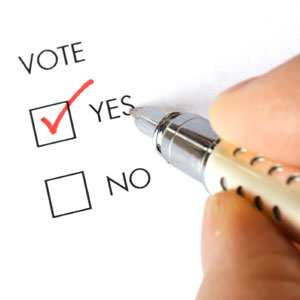 Poor Phil. Phil Cavanagh, that is. When most politicians like to introduce their spouses and call them “my wife and my best friend,” he may be looking for a place to hide her. At least until the voting is over.

Cavanagh’s wife is turning out to be his own worst enemy.

His political campaign took a strange and unexpected turn when his wife sent a weird email to hundreds of people in the district. Unfortunately for hapless Phil, it’s bound to turn off anyone who is a senior citizen or has an ethnic-sounding name.  It was a nasty
example of below-the-belt political campaigning.

Mrs. Phil listed 15 reasons voters should support her husband. Reason 12 says:  “Phil is not eligible for social security for another 20 years.” Reason 15 says: “you can pronounce and spell Phil’s name.”

In other words, two big pluses for Phil and two big minuses for the 79 year old Polish American Wojtowicz, according to Mrs. Phil.

Wojtowicz’s name happens to be on the payee list of the Social Security Administration.  But, so far, the U.S. government has not had any trouble pronouncing it or spelling it.

Some of those who got the quirky email felt Mrs. Phil’s comments smacked of age discrimination and ethnic bigotry.  They sent this information to the Anti-Bigotry Committee of the Polish American Congress.

The Congress is the Polish American community’s umbrella organization.  Its headquarters are in Chicago and the Anti-Bigotry unit is based in New York.

In contacting the New Yorkers, the Wayne County constituents suggested the committee certify Mrs. Phil an “Authentic Bigot.”  In the past, this type of certification was given to people like comedian Jackie Mason and Doonesbury’s Garry Trudeau who enjoyed insulting and demeaning ethnic groups like the Polish Americans.

While the committee was not entirely convinced it should classify Mrs. Phil this way, it did feel her remarks closely resembled those of a narrow-minded snob who scorns the gray-haired generation and disdains anyone ethnic.

In view of the fact the committee has not yet created a “not too smart” category, it was decided to consider sending candidate Phil a sympathy card with “most sincere condolences” for having his political campaign sabotaged by a member of his own family.

As far as Mr. Wojtowicz is concerned, the committee thought it would be appropriate for him to send poor Phil a thank you card for allowing his wife to make all those “not too smart” comments.

They will do a lot to help the voters of Wayne County recognize Ray Wojtowicz as the better choice on primary day.