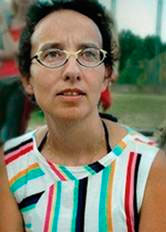 Continuing social and political upheaval provides rich subject matter for Eastern European playwrights. Death of the Squirrel Man, by Malgorzata Sikorska-Miszczuk, traces a thin line between patriotism and terrorism and will represent Poland in the prestigious "New Plays from Europe" festival in Wiesbaden this year. The play is about Ulrike Meinhof – a leading figure in the 1970’s German left-wing terrorist group The Red Army Faction (RAF). Though the play relates to the real members of the terrorist group and to the bloody events that shook up Germany in the 1970s, it is by no means a realistic, historical play. Instead shows revolution in a playful and grotesque manner, depicting the revolutionaries as pop culture icons.

Playwrights in the Global Scenes readings will be featured in a Symposium on International Theater, a lively discussion about what it means to share narratives across cultures, the importance of translation, and other issues affecting theater in an increasingly international community. Joe Roach, professor of theater studies at Yale and founder of the World Performance Project, moderates a discussion with Polish theater critic and dramaturge Malgorzata Semil, Melanie Joseph of New York’s world-renowned Foundry Theatre, and Malaysian theater artist Huzir Sulaiman, artistic director of Singapore\'s Checkpoint Theatre.