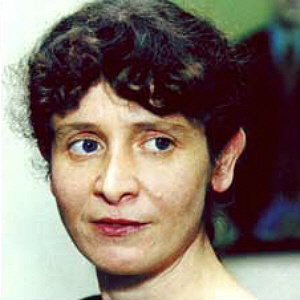 A  rare opportunity to hear one of Europe’s most original new writers reading from her  work. Magdalena Tulli is the  author of Dreams and Stones (Sny i kamienie), In Red (W czerwieni), Moving  Parts (Tryby), and  Flaw (Skaza). Dreams and Stones won the prestigious Koscielski Foundation Prize in 1995, Moving Parts  was nominated for the 2006 International IMPAC Dublin Literary Award, and Flaw was a finalist for the 2007 Nike prize, Poland\'s most prestigious literary award. A European master at  the height of her powers, Magdalena Tulli  has been described by Polish critics as a new Bruno Schulz.

Tulli’s work is beautifully translated by Bill Johnston, who won a  2005 AATSEEL translation prize for Dreams and Stones. His translation of Tulli’s 1998 In Red is forthcoming from Archipelago Books,  which also published Johnston’s translations of her other books. Born  in 1955, Tulli, who is also a psychologist, lives and works in Warsaw. She has also translated many works of Marcel Proust and Italo Calvino into  Polish.

“Dreams and Stones” is  a startling, beautiful, powerful achievement… The originality of the  writing is not lessened by representing a family tree that includes  Michaud, Kafka, Calvino, and Saramago.”  –  W.S. Merwin

As Tulli demonstrates [in  “Moving Parts”] with a quick  swish of the knives, “story” can keep peeling off from itself  and regenerating,
like a snake with ever renewable skin –  Eleni Sikelianos

Enter the campus from the College Walk located on 116 Street bet’n
Broadway & Amsterdam,
Fayerweather Building is located behind St. Paul’s Chapel. The map.
RSVP by April 29 at mu2113@columbia.edu