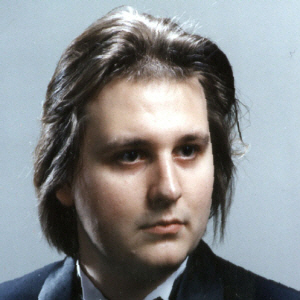 Described as “Polish Virtuoso” Krystian Tkaczewski is pursuing his piano career in both USA and Europe. He had his triumph in having Carnegie Hall Debut in April 2007. Anthony Aibel (critic of New York Concert Review) wrote among others: …Tkaczewski was elegant, …showed in-depth knowledge, …played with passion, …showed power-house technic, ….Reading of Rachmaninov and of Prokofiev was excellent, …Szymanowski was exquisitely shaped, showing lovely shadings and contrasts of dynamics. He showed devotion and natural affinity for music of his homeland…

Krystian Tkaczewski, born in 1980 in Tarnów, Poland, started his musical education at the Paderewski Music School in Tarnów in the class of J. Iwaneczko. He studied at the Chopin College in Warsaw (1995-2000) in the studios of G. Weiss and Dr. Pawel Skrzypek. In 2000 he became a student of Olga Rusina at the Academy of Music in Wroclaw. In 2007 Krystian received a graduate diploma at the The Hartt School, University of Hartford. He has been pursuing Doctor of Musical Arts at the same university at the studio of famous pianist Oxana Yablonskaya.

He was invited to take part in various festivals such as the Chopin Festival in Gaming, Austria, Chopin Festival in Antonin, Poland, Festival of Polish Pianists in Slupsk, Chopin Festival in Busko-Zdrój, “Tydzien Talentów” in Tarnów, Musical Floraries in Warsaw, Chopin Forum in Wroclaw, Inter-Fest Bitola in Macedonia, and a concert series at the Paderewski House, and recitals at the
Chopin House in Zelazowa Wola.

In the June 2006 Krystian featured in 50th Anniversary of Society of Polish Artist Musicians gala in Royal Castle in Warsaw as a soloist with Polish Radio Orchestra.

Consulate General of the Republic of Poland in New York cordially invites you to attend the classical music concert of
Krystian Tkaczewski.