Krzysztof Kieslowski in Poland: A Retrospective 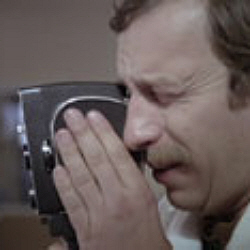 A retrospective featuring five earlier films made in Poland by the great European filmmaker Krzysztof Kieslowski, tracing his evolution towards the magic of his later work in the West with The Double Life of Veronique and the Three Colors trilogy.

Each film will be followed by an exclusive new interview with host Jerry Carlson. Speaking about Krzysztof  Kieslowski will be Krzysztof Zanussi, Polish director and colleague of Kieslowski, Andrzej Krakowski of City College, Leonard Quart of Cineaste, and Annette Insdorf, Columbia University.

Prof. Insdorf has  described Kieslowski as a man who “made intimate motion pictures  about fallible human beings for thoughtful spectators”. His narrative  films magically capture the role of chance and transcendence in human life.  His experience in documentary colored his approach to story-telling in the  early feature films, such as The Scar and Camera Buff. The latter was the first to  bring Kieslowski wide international acclaim, with the brilliant actor Jerzy Stuhr as an accidental documentary filmmaker whose early exhilaration runs  into moral dilemmas. No End, an uncompromisingly bleak  look at the loss of hope following the crackdown on Solidarity, launched Kieslowski’s collaboration with co-scriptwriter Krzysztof Piesiewicz and composer Zbigniew Preisner that continued through Veronique and Three Colors. Though made earlier  during Solidarity’s heyday in 1981 and banned until 1987, Blind Chance – one of his  masterpieces – is an exuberant exploration of the role of chance in  human life. A Short Film about Love is the feature-length  version of an episode from Kieslowski’s Decalogue, acclaimed by many as the  most powerful TV series ever made. Few filmmakers have so consistently  struggled with the attempt to convey deeper truths about the world around  them and the world within – to explore the mysterious interplay of  chance andchoice in human  affairs.