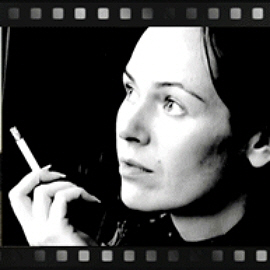 Three Programs of Short Films from an innovative experiment in international understanding: RUSSIA IN THE EYES OF POLES, POLAND IN THE EYES OF RUSSIANS.

From an innovative program in cross-cultural encounter called Russia-Poland. New Gaze, selected film students from a number of film schools in Russia “traded places” with their counterparts from film schools in Poland to make short documentary films about each other’s countrymen. As a group the films offer intriguing personal glimpses – a “new gaze” – into the lives of “others”, with the similarities at least as startling as the contrasts. The enthusiastic young film-school students used their talents and skills to explore who those "Poles" and "Russians" really are. These films thus came to life through the confrontation of prejudices with spontaneous interactions, and the collision of expectations with facts, bringing us closer to the truth about the stereotypes dividing these two nations.

The films have been shown over 300 times throughout Europe and cumulatively have garnered nearly thirty awards.

Presented by: The Polish Cultural Institute in cooperation with Department of Slavic Languages and Literatures and The MacMillan Center for International and Area Studies at Yale