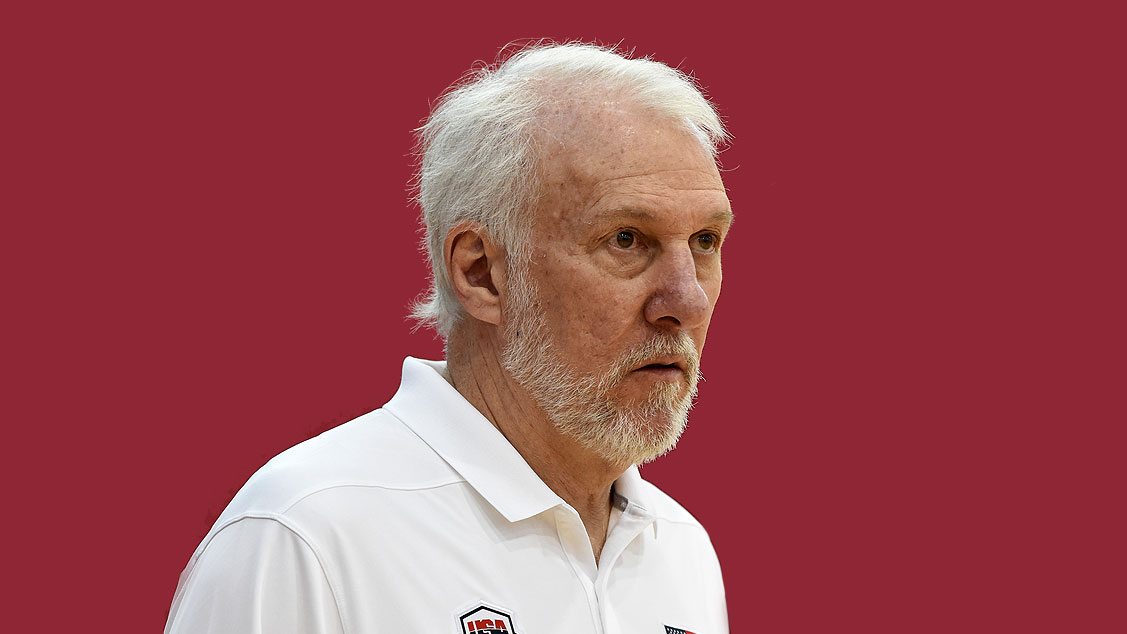 The camp will be hosted on the campus of UNLV from Aug. 5-9.  It will conclude with a USA Blue versus USA White exhibition game on Aug. 9 at the T-Mobile Arena.

“I am excited about getting to training camp in August and working with all of the players that have been selected to attend the USA National Team training camp in Las Vegas,” said Popovich.  “We've got an excellent cross-section of veteran USA Basketball and NBA players, as well as some exciting younger players who possess amazing versatility.  Selecting a 12-man team will be extremely difficult. But I look forward to working with all of the players, representing the United States and doing so in a manner that all Americans will hopefully rally behind.”

Colangelo added, “The majority of these players possess prior USA Basketball experience, and we know all of them are committed to representing their country and doing so in the manner expected by USA Basketball.”

“Like past national team training camps, this group too possesses outstanding individual talents, while also boasting of excellent versatility and athleticism.  We've been watching a lot of players during the NBA season and the six players who we've added to the National Team roster we feel are deserving of being part of our national team program.”

Since the formations of USA Basketball’s National Team program in 2006 by Colangelo, USA national teams have compiled a spectacular 88-1 overall record (FIBA competitions and exhibition games) and claimed top honors in six of seven FIBA or FIBA Americas competitions (through 2016 Olympics).

After Las Vegas, the selected team will take a short break and then reassemble in Los Angeles and train Aug. 13-15.  They will conclude with an exhibition contest versus Spain at the Honda Center in Anaheim on Aug. 16.  The official, 12-member roster for the 2019 USA Basketball Men's World Cup Team will be announced on Aug. 17.