EMU Wins in the First Round of the CIT Tourney 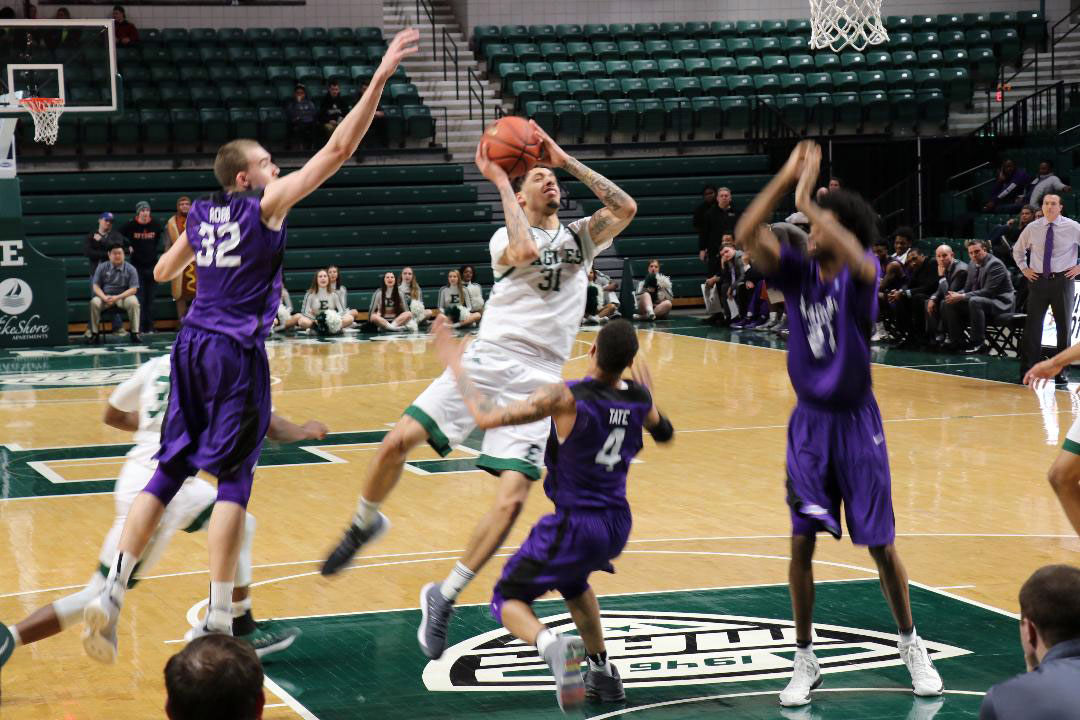 YPSILANTI - The Eastern Michigan University Men’s basketball team took a giant step to salvage the 2017-18 season by posting a resounding 85-63 victory over Niagara in the CollegeInsider.com postseason tourney. It is a nice consolation prize after the tough 64-63 last second loss to Toledo in the semi-final at the Mid-American Conference Championship in Cleveland. It is not the NCAA Tournament or even the NIT but EMU could go far in the CIT.

The Eagles are strong at the Convocation Center as they improved to 14-3 at home and 22-12 overall on the season.  With the win the Eagles will play again on March 22-25, at a yet to-be-determined site.   In the waning minutes EMU coach Rob Murphy substituted liberally with 11 player getting time on the court.