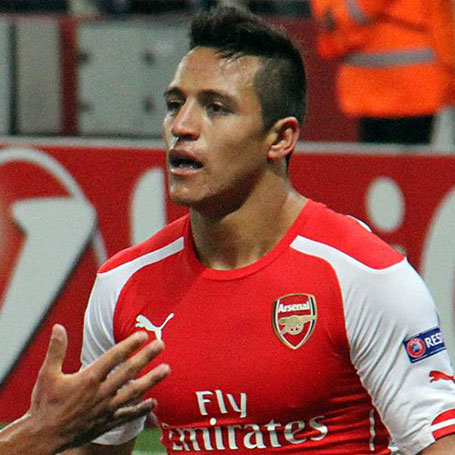 The purchase of Mesut Oezil and Alexis Sanchez within the last two seasons have seen drastic changes at the Emirates. The purchase of former Real Madrid and Barcelona stars signaled Arsene Wenger’s intent to make a splash in European football. These are players with immense quality, with only further room to grow at relatively young ages. It has certainly given Arsenal fans further hope and excitement, as these two signings coincided with the FA Cup and Community Shield wins, ending their nearly decade-long trophy drought.

Arsenal’s manager, Wenger, still needs to invest much, much more to provide the Gunners the greatest chance at winning the Premier League trophy, surely the trophy Arsenal fans look forward to winning the most this season. Of course, the addition of Mesut Oezil and Alexis Sanchez compliments the highly talented squad that already possesses the likes of Aaron Ramsey, Santi Cazorla and Jack Wilshere. Even though these are quality signings, Wenger still has yet to address the largest weaknesses within his team.

There still is no actual Defensive midfielder that can shield the Back four whenever Arsenal loses the ball in dangerous positions. This was their undoing last season, when up against relatively equal competent sides, were overrun by Chelsea, Manchester City, and Liverpool. Flamini is simply far too reckless for the Gunners to depend on in multiple long competitions. Arteta, as best converted he could be from his winger days at Everton, is not a natural defensive midfielder. Wilshere and Ramsey are far too attack minded to be relied upon to shield the back four. The problem still lies there, and Wenger must address it if Arsenal are able to become a more serious title contender, especially with the strength in quality with sides like Chelsea and Manchester City around.

The other glaring issue is up top on the front of the first XI. Olivier Giroud, even if he was injury-free, does not possess enough quality to lead a championship leading side to the trophy. Yaya Sanogo and Joel Campbell, yet talented, cannot be realistically expected to give them enough firepower consistently over a very long season.

Now with Olivier Giroud set to miss the majority of the Premier League, Arsene Wenger simply has to purchase a quality front man to lead them through the various competitions. It’s not just a requirement any more, it’s a necessity.