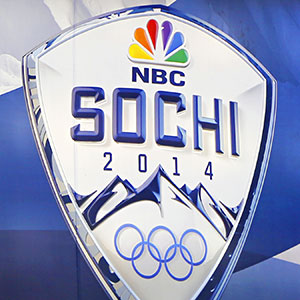 No team has won an Olympics hockey medal in Sochi yet but NBC Sports Network has hit its own Gold. NBC scored a record 3.3/10 rating in overnight metered-markets for its live Saturday morning broadcast of the dramatic U.S. and Russia men’s hockey game. The Americans won yesterday in a 3-2 dramatic overtime game. The crowd of 11,678 (including Russian President Vladimir Putin) at the Bolshoi Ice Dome was stunned.

In an unexpected twist, the Bolshoi Ice Dome did not post the Team USA winning score on their spectacular LED Video roof display after the game. It has been a popular viewing spot for Russians without tickets and large crowds have gathered to get hockey updates.