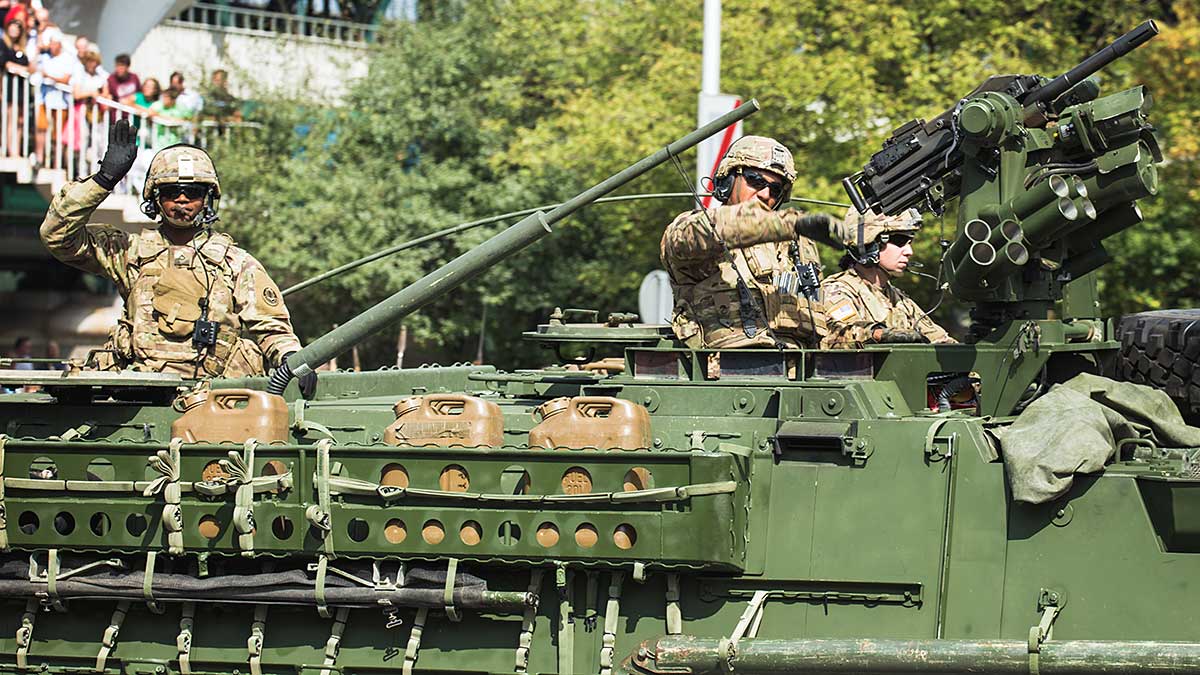 The Polish American Congress and Ukraine Congress Committee of America have issued a joint statement titled "Implement a Meaningful Approach to Deter Kremlin Aggression Against Ukraine."

The Polish American Congress (PAC) and the Ukrainian Congress Committee of America (UCCA), organizations that represent the interests of our respective communities in the United States, are concerned about the continued threat of Kremlin aggression on Ukraine and ramifications this may have for all of Central and East Europe. Our respective communities call upon the Administration and Congress to take proactive, measurable actions to deter the Kremlin from further invasion against Ukraine and hybrid warfare against other countries in the Central and East European region.

While the Administration continues its diplomatic discussions with Kremlin officials, the PAC and UCCA recommend that the United States provide Ukraine with additional defensive weaponry, particularly anti-tank and anti-aircraft missiles, as well as appropriate equipment to defend Ukraine’s coastline. The United States must also strongly encourage our NATO allies to send necessary armaments to Ukraine for this purpose. We are grateful for President Biden’s announcement of additional forces to Poland and other NATO members in Central and East Europe to strengthen their defenses in case of a Russian invasion. The strategic value of assisting Ukraine represents our commitment to an important partner in the region. The constant threat of Russian aggression is not merely a Ukrainian issue, but a worldwide issue in defense of sovereignty, independence and democracy. These principles are at the core of our rules-based international community.

Deterrence against Russia's aggressive actions is the greatest weapon in the United States’ arsenal. Implementing preemptive sanctions on those implicated in cyberattacks against Ukraine or other Western allies, drastic human and religious rights violations in Russian-occupied territories of Ukraine of Crimea and the Donbas region, as well as individuals responsible for subversive or false-flag operations in Ukraine should remain a top priority. A coordinated and unified strategy from the United States and our Western allies regarding sectoral and economic sanctions, including Nord Stream 2 sanctions and the removal of the Russian Federation from the SWIFT international financial transaction system, would send the strongest of signals to the Kremlin.

Should the Kremlin invade Ukraine once again, it will put in peril the entire post-Cold War security architecture. International commitments such as the 1994 Budapest Memorandum must be adhered to, while proposals such as the removal of NATO troops from the former Warsaw Pact countries must
be categorically rejected. To do otherwise would encourage and enable authoritarian regimes to renege on their obligations and use armed force to change internationally recognized borders and undermine sovereign decisions of independent countries. Ukraine has chosen a path towards greater
Euro-Atlantic integration that is rooted in democratic values. The United States and the international community should honor Ukraine’s aspirations as a sovereign, independent and democratic country and support its desire for further integration into the European and transatlantic community without
fearing a threat of military invasion.