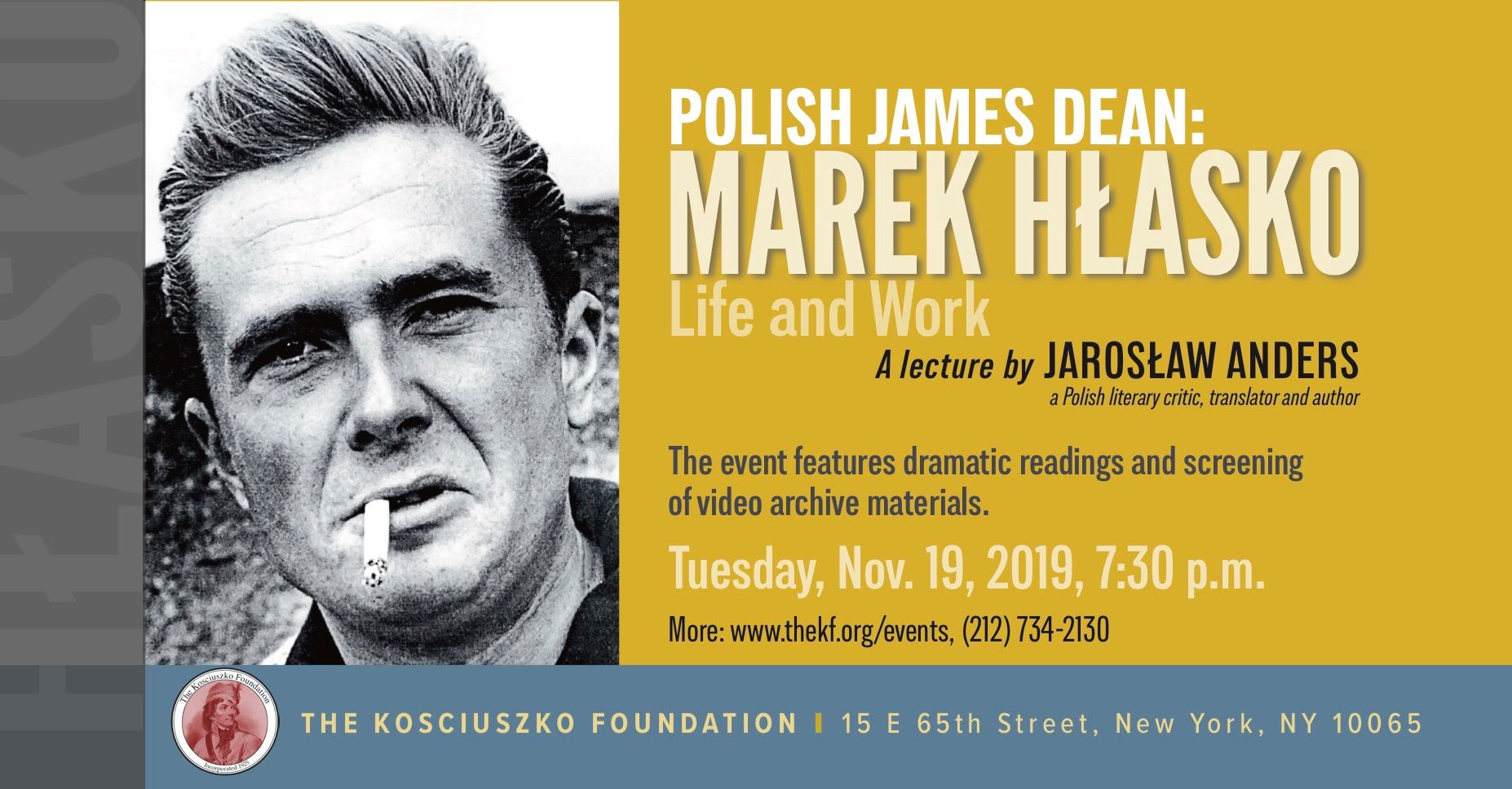 The Kosciuszko Foundation welcomes Jarosław Anders, a Polish literary critic, translator and author to give a lecture on Marek Hlasko (1934 – 1969), one of the most influential Polish writers of the 20th century.

Known as Polish James Dean, Hlasko became "the idol of Poland's young generation in 1956," (Czeslaw Milosz, 1980 Nobel Prize in literature). The talk presents Marek Hłasko's life and work as a reflection of one of the most turbulent and tragic periods in Polish literary history, and as a part of the larger canvas of global post-war culture. The event features dramatic reading from selected works by Marek Hlasko and screening of video archival materials.