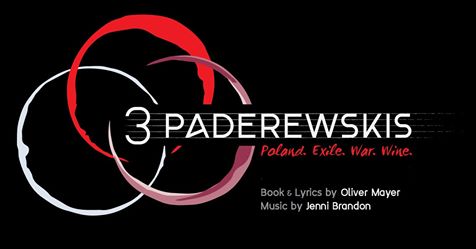 Produced by The Kosciuszko Foundation and The Adam Mickiewicz Institute, the performance is part of a celebration of the 101st anniversary of Polish independence and the centenary of Polish and American diplomatic relations.

A winner of the American Prize in Composition (2018-19, opera/theater/film/dance division), 3 PADEREWSKIS is a 60-minute opera in one act that uniquely explores the life and work of pianist, composer, diplomat, and the first Prime Minister of the modern Polish state, Ignacy Jan Paderewski. The piece imagines three versions of the great Paderewski (one of them female) as they sift through a lifetime of memories far too vast for any one person—Ignacy the virtuoso pianist and composer, Jan the politician and statesman, and Paderewski the éminence grise and Paso Robles winemaker. Coming together and pulling apart, they summon the ghost of Antonina, Paderewski's beloved, long-dead first wife. In so doing, they release the spirit of a better Poland. A compasasionate opera about a man whose greatness lay not only in his art and his politics but in pure passion for life, whose memory instructs our own moment and political and moral crisis.

The John F. Kennedy Center for the Performing Arts