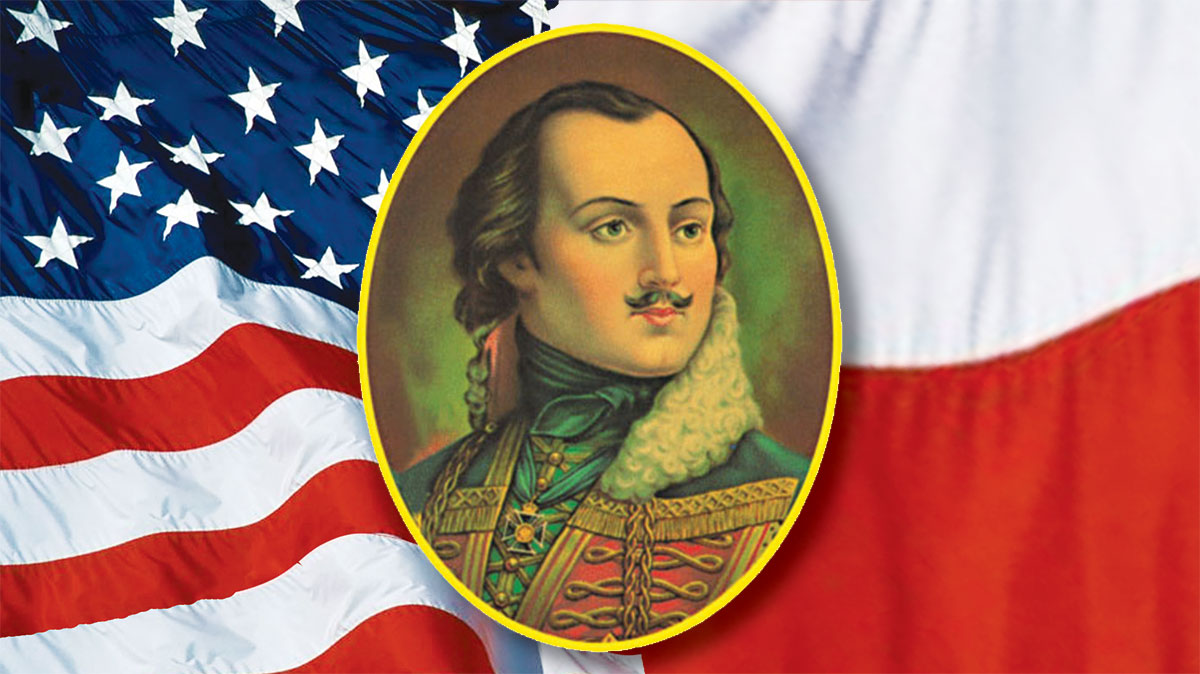 On Sunday, October 6, 2019, the 86th Annual Pulaski Day Parade steps off at 12 Noon from the Parkway in center city Philadelphia and will be televised on WPVI TV-6 ABC. The parade marches down the Parkway to 16th Street, turns and marches up the Parkway to the reviewing stand at Logan Circle at 19th Street. Live television coverage on WPVI TV 6 ABC begins at 12:30 PM.

This year the Pulaski Day Parade will highlight “Firsts in Polish History”, and the 400th Anniversary of the First Strike in America by the Polish settlers at Jamestown, Virginia, in 1619. The Polish craftsmen caused the first civil rights action in America in the form of a work stoppage demanding their participation in the legislative body in the new American colony.

The parade will celebrate the history, culture and pride cherished by the Polish American community. During the 2019 Pulaski Day Parade, we will also mark the 411th Anniversary of the First Polish Settlers in America. The first Polish settlers arrived in Jamestown, Virginia in October, 1608. They were craftsmen invited by Captain John Smith to establish a glass industry in the Jamestown Colony. They opened a glassblowing shop, which became the first American industry, and the first commercial items to be exported from America to Europe. The first Polish settlers came to America 12 years before the Pilgrims.

400th Anniversary in 1619 – The Polish settlers staged the first labor strike in America after being denied participation in the new Virginia Assembly. Recognized for their vital role in the Jamestown settlement, the Poles were granted the same voting privileges as those enjoyed by the English.

General Casimir Pulaski, considered the “Father of the American Cavalry”, was born in Poland in 1745. Pulaski came to America to fight for their independence. He earned a commission as Brigadier General of the entire American cavalry from the United States Congress. Pulaski and his Legion were then ordered to defend Little Egg Harbor in New Jersey and Minisink on the Delaware; they then proceeded south to Charleston, South Carolina. It was on October 9, 1779, during the Battle of Savannah, that General Pulaski, charging into battle on horseback, fell to the ground mortally wounded by the blast of a cannon. Pulaski's enemies were so impressed with his courage, that they spared him the musket and permitted him to be carried from the battlefield. Pulaski died several days later on October 15, 1779, at age 34. The Pulaski Monument, erected in his honor, is located in Monterey Square, Savannah, Georgia.

A complete schedule of events will be listed in the next edition of the Polish American News, announced during the daily Polish American Radio Program and listed on PulaskiDayParade.com.

Kindly invite your family and friends to mark their calendars and plan to participate in the 2019 Pulaski Day Parade on Sunday, October 6, 2019. For more information email Info@PulaskiDayParade.com.