Andrew Nagorski and Book "1941: The Year Germany Lost the War" in NYC 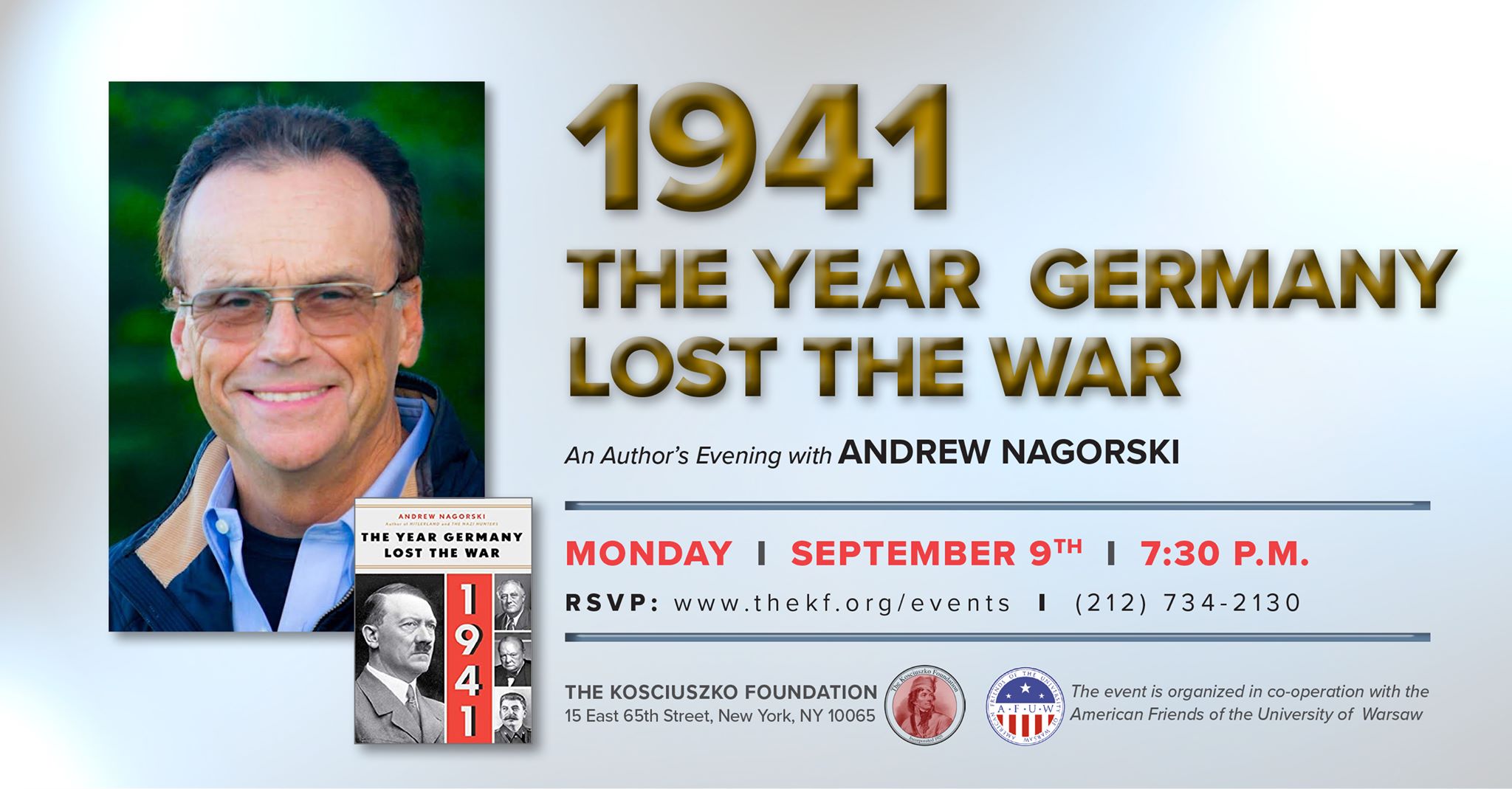 As we commemorate the 80th anniversary of the start of the World War II, we are pleased to invite you to a talk by an award-winning journalist and bestselling author Andrew Nagorski about his new book: "1941: The Year Germany Lost the War." The book offers a fresh look at the decisive year 1941, when Hitler's miscalculations and policy of terror propelled Churchill, FDR, and Stalin into a powerful new alliance that defeated Nazi Germany.

The event is organized in co-operation with the American Friends of the University of Warsaw. Free and open to the public. Wine reception and book signing will follow the presentation. In lieu of admission donations toward the KF Cultural Fund are suggested. Registration required.

Andrew Nagorski maintains in his new book 1941: The Year Germany Lost the War, that the most critical turning point of that global conflict already took place in 1941. That was the year Hitler charted a course that could only lead to his country's eventual defeat, while Stalin was already seeking to dictate the terms of a postwar European settlement that would divide the continent, leaving Poland under Soviet control. It was also the year that the Holocaust was set in motion.

Andrew Nagorski was born in Scotland to Polish parents, moved to the United States as an infant and has rarely stopped moving since. He is an award-winning journalist and bestselling author who spent more than three decades as a foreign correspondent and editor for Newsweek. He served as the magazine's bureau chief in Hong Kong, Rome, Bonn, Berlin, Warsaw, and two tours of duty in Moscow, first in the early 1980s and then from 1995 to 1996. In 1982, the Soviet government, angry about his enterprising reporting, expelled him from the country.

In 2009, Poland's Foreign Minister Radoslaw Sikorski presented Nagorski with the newly created Bene Merito award for his reporting from Poland about the Solidarity movement in the 1980s. In 2011, Poland's President Bronislaw Komorowski awarded him the Cavalry Cross for the same reason. In 2014, Poland's former President and Solidarity leader Lech Walesa presented the "Lech Walesa Media Award" to Nagorski "for dedication to the cause of freedom and writing about Poland's history and culture." More: andrewnagorski.com