Let Your Style Roar with the New Disney Pandora Jewelry 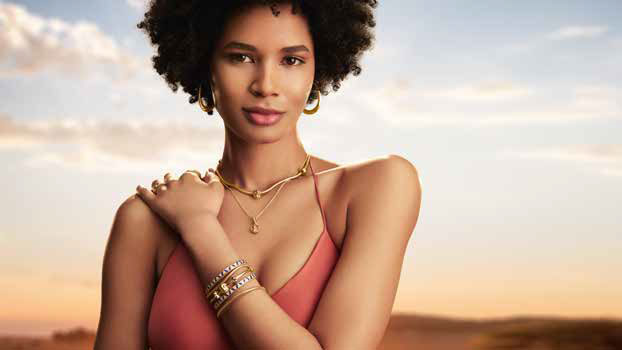 This summer, Pandora celebrates Disney’s "The Lion King," directed by Jon Favreau, with the new Disney x Pandora jewelry collection, available at Pandora Times Square, Pandora Herald Square and Diamonds & Dials. Launching in July 2019, the collection welcomes the beloved characters back to the big screen with distinctive pieces designed to give you a way to showcase your fond connection to the classic story.

Created to encourage everyone to let their style roar, the beautiful film-inspired collection features a bracelet and selection of silver and Pandora Shine charms, including a stunning limited edition Simba carm. Designed to be worn separately or combined to create a truly stunning look, each piece is shaped by the film’s breathtaking setting, unforgettable music and the spirit of the characters we fell for 25 years ago.

The collection celebrates the themes reflected in the film: bravery, empowerment, curiosity, strength, wisdom and friendship. Knowing that every piece of jewellery is infused with meaning and memory, Pandora invite you to merge personal style choices with a love of Disney’s “The Lion King”. Picking and choosing to curate your own signature collection, jewellery is used as a form of self-expression to shine a light on your individual choices.

Favreau brings the iconic characters to life in a whole new way this summer in Disney’s “The Lion King.” The movie journeys to the African savanna where a future king is born. Simba idolises his father, King Mufasa, and takes to heart his own royal destiny. But not everyone in the kingdom celebrates the new cub’s arrival. Scar, Mufasa’s brother –and former heir to the throne – has plans of his own. The battle for Pride Rock is ravaged with betrayal, tragedy and drama, ultimately resulting in Simba’s exile. With help from a curious pair of newfound friends, as well as his long-time friend and ally Nala, Simba will have to figure out how to grow up and take back what is rightfully his.

Handcrafted Artisan Soap from MagiDo NYC Covid Hospitalizations Down 95% from Peak Affordable Building Lots in Florida! Buy All Five or Just One NAWA Chair programme 2020 Dogs will Try to Rescue Their Owners if They Can News From United Poles FCU Who is Authorized to Enter Poland - an updated message
read more