All-American Rally in Front of The White House 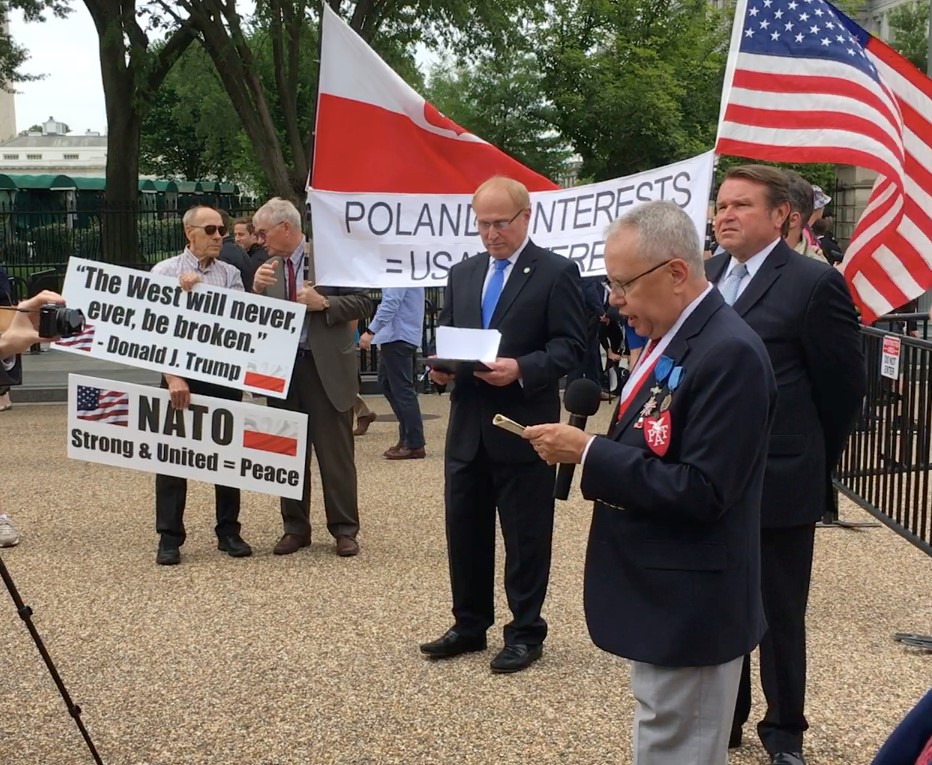 On the morning of Wednesday, June 12th, an All-American Rally was held in front of The White House in support of security of Poland and the region of Central and Eastern Europe. Russia has threatened, through massive war preparation, the security of Poland, the Baltic states, and by extension the whole of Europe. Polish American organizations such as the Polish American Congress, Federation of Polish Americans, Gazeta Polska Clubs, and more came together on Wednesday to rally for significant and lasting U.S. military presence in Poland and a strengthening of NATO defensive capability. Speakers included PAC President Frank J. Spula, John Czop and Timothy Kuzma, Director of Policy Planning and Polish Falcons of America National President, respectively, as well as Roman Korzan and Tadeusz Antoniak, coordinators of the rally.

Polish President Andrzej Duda stopped by to greet the crowd before his visit to The White House to negotiate with President Donald Trump. This official meeting went well, with President Trump agreeing to send 1,000 additional US troops to rotate through Poland, Duda agreeing to purchase 32 F-35 fighter jets, and both countries signing on to an agreement for civil nuclear cooperation.