NYC: Exhibition “Janusz Korczak: Champion of the Children” at the United Nations 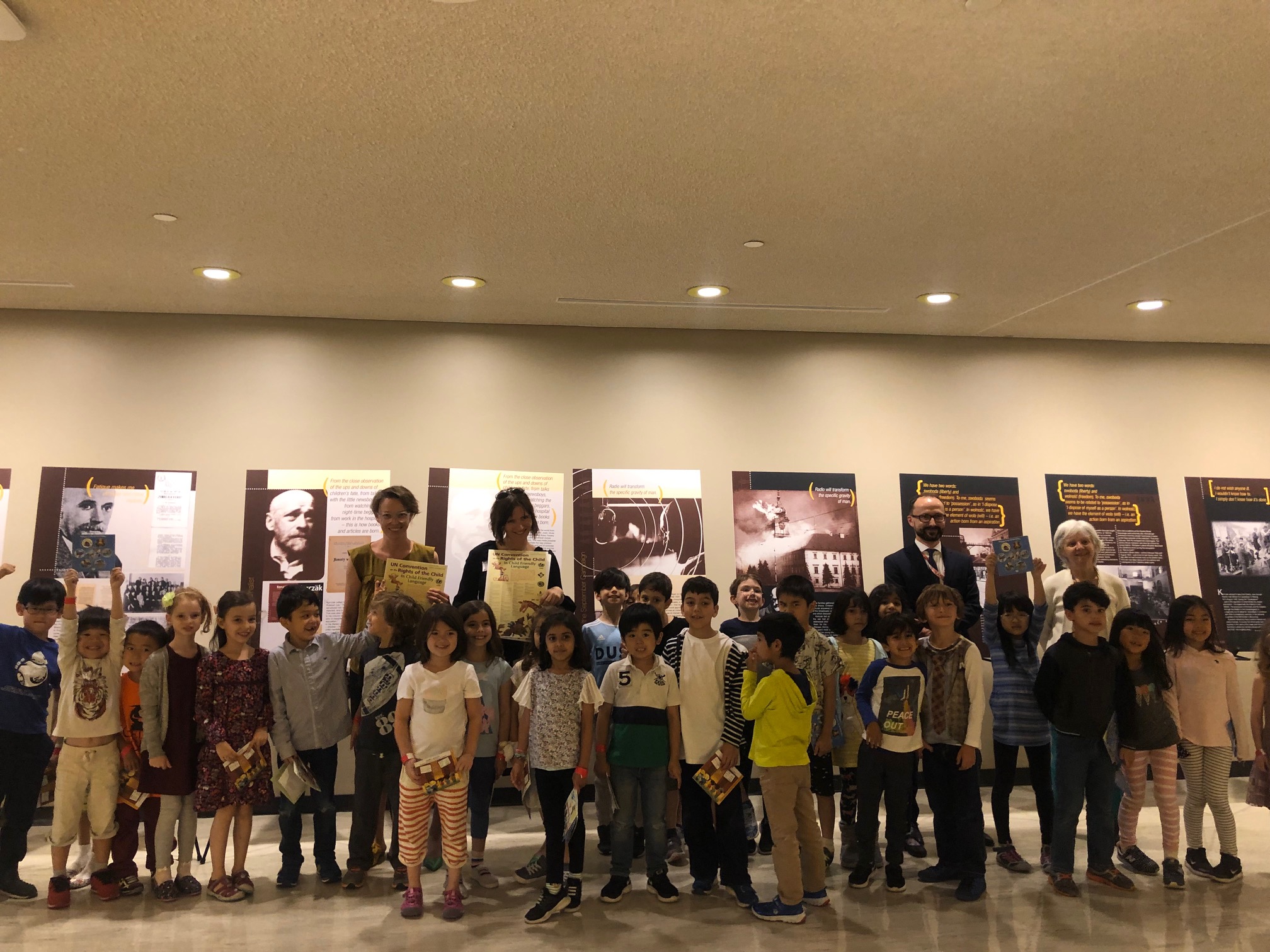 On the 30th anniversary of the Convention on the Rights of the Child, the Permanent Mission of Poland to the United Nations in New York,, together with the Polish Cultural Institute New York organized the exhibition “JANUSZ KORCZAK: Champion of the Children” at the United Nations, which has been on view since June 3rd.

As a part of the project, and on the occasion of International Children's Day, the PCI exhibition was complemented by a trip for New York public school children to the UN. During the guided tour, the children were introduced to the major subjects the United Nations deals with, such as peace, development and human rights. They were also taught, in child friendly language, about the tasks of the Security Council. (For those who may not remember, Poland is one of the elected members of the Security Council in 2018-2019).

At the end, the children were also invited to take part in a workshop about human rights and, in particular, children's rights, based on Janusz Korczak’s legacy. Korczak a Polish-Jewish doctor, educator and children’s author in early 20th century Warsaw, devoted his life to children, especially the ones in need, like orphans and the poor. The workshops were led by Mrs. Mariola Strahlberg, the president of the Janusz Korczak Association of the USA.

The PCI Director Anna Domańska and Bartłomiej Wybacz, from the Permanent Mission of of Poland, reminded that it was Poland that in 1979, during the celebration of the International Year of the Child, proposed the drafting of the UN Convention on the Rights of the Child and initiated the negotiations that led to the adoption of the document by the UN General Assembly in November 1989. They also talked about how Janusz Korczak brought to world’s attention progressive ideas that children are full-right people deserving dignity and respecting their needs and opinions.