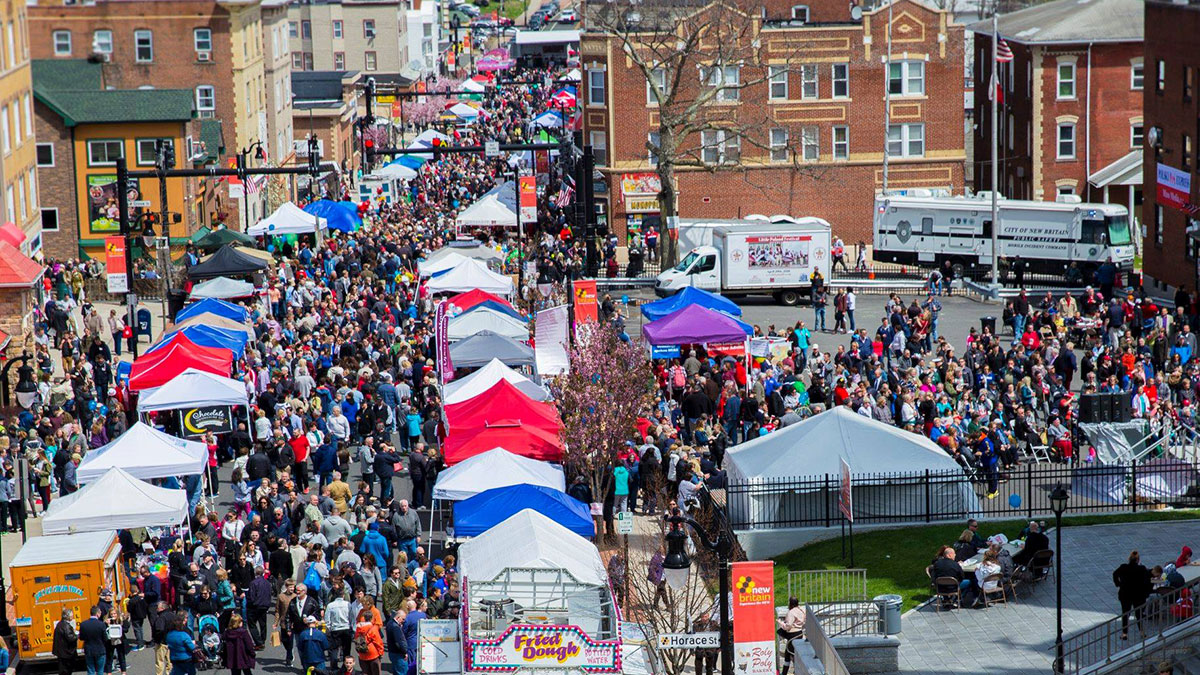 The 8th annual Little Poland Festival in New Britain will take place from 11am until 7pm on Sunday, June 2nd. The street festival will occupy four blocks of Broad Street from Washington Street to Gold Street in the commercial and cultural heart of the city’s Little Poland Polish neighborhood. 20,000 visitors expected in New Britain, Connecticut.

From its humble beginnings 8 years ago, the Little Poland Festival has grown into one of the largest cultural events in the state and one of the largest Polish American festivals in the country. Featured in the Hartford Courant, the New York Times, the Boston Globe, Harvard Magazine, Retirement Magazine and on the Travel Channel, New Britain’s Little Poland has been named one of the most thriving ethnic neighborhoods in New England. Polish Americans make up nearly 10% of Connecticut’s population.

“Each year we see people coming to the festival from further and further away,” says Adrian Baron, president of the Polonia Business Association which organizes the annual event. “Last year we had folks drive up from South Carolina, Michigan and Pennsylvania and this year we have vendors and sponsors coming from as far away as Chicago,” says Baron.

The festival will feature over 100 vendors including a dozen serving authentic Polish cuisine, which is one of the festival’s biggest draws, and two beer gardens pouring Polish and Eastern European beers. There will also be plenty of entertainment options with a jam-packed line up of folk dancers, rock and polka bands, talent shows and a paczki (Polish donut) eating contest. Bravo’s Game of Crowns cast member and fitness cover model Lori-Ann Marchese and boxer Adam “babyface” Kownacki, ranked as the 9th best heavyweight in the world, will also appear at the festival. A carnival at the Pulaski Club parking lot at 89 Grove Street and will run from Friday night thorough the end of the festival. 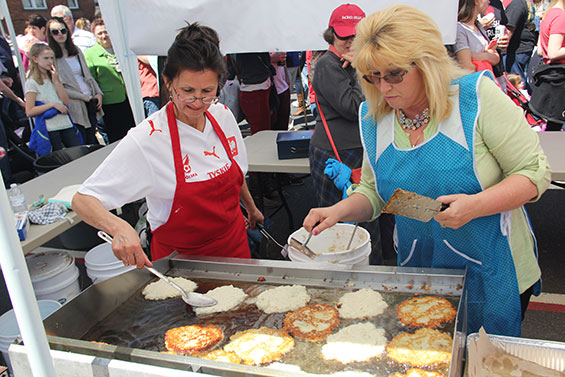 “Each year the festival shatters records in terms of attendance, the number of vendors and sponsors and we expect this year to be no different”, says Darek Barcikowski, this year’s festival chairman who is also the publisher of a local Polish newspaper. “There is a lot of excitement about this year’s festival, close to 15,000 people said they’re coming on Facebook. I hope our food vendors come prepared”, added Barcikowski.

The festival was organized for the first time in 2012 as a way to promote the local Polish neighborhood and over 70 businesses located on Broad Street that include Polish bakeries, delis, travel agencies, and restaurants. “We had about 200 people at that first festival”, says Margaret Malinowski, one of the festival organizers and owner of Staropolska Restaurant, “we never thought it would get so big”.

Admission to the festival is free of charge. The festival is walking distance from the New Britain CTFastrak stop and complimentary shuttles will be available from the city’s Badolato downtown public parking garage at 25 Washington Street. Additional information and a full entertainment lineup can be found at littlepolandfest.com