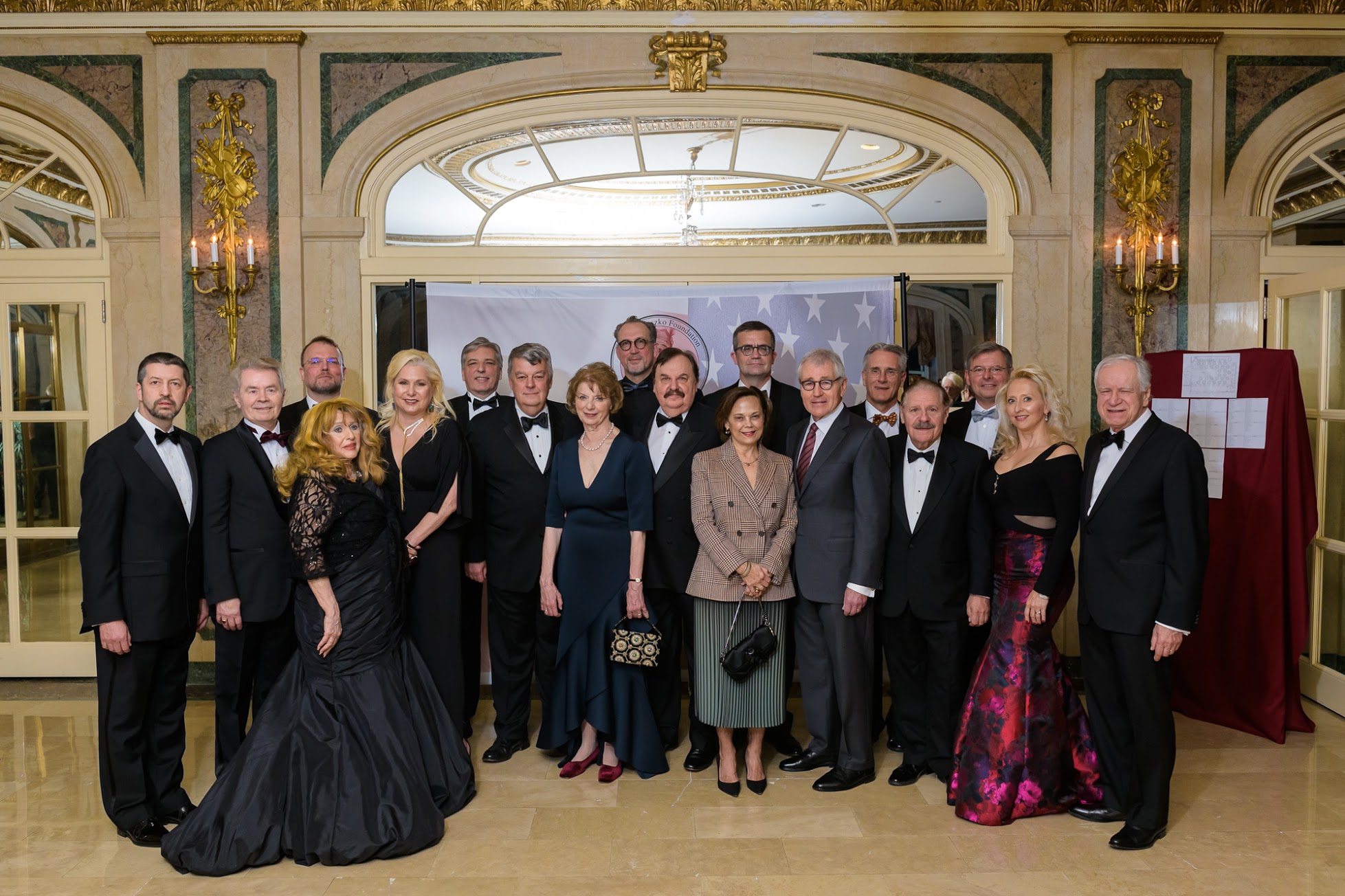 BIG THANK YOU to this year's honorees, presenters, sponsors, supporters and everyone who attended the Kosciuszko Foundation 84th Annual Fundraising Dinner & Ball on Saturday, April 27th, 2019, at the Grand Ballroom in Plaza Hotel in New York.

The attendees enjoyed fantastic music, delicious food, dazzling artistic performance, impressive stories and a great collection of raffle prizes. As we celebrated the 100 years of Polish-American Relations the Kosciuszko Foundation Medal of Recognition Award was presented to Hon. Chuck Hagel, former U. S. Senator and Secretary of Defense and Vietnam Veteran, and the KF Pioneer Award was presented to Tomasz Konieczny - the outstanding Bass-Baritone.

Special thanks go to everyone who helped and contributed to making this Ball a success and all who provided their services. We are very grateful to every single one of you for your work and support!

Congratulations to our distinguished honorees:

The Hon. Chuck Hagel, The Medal of Recognition recipient

and Tomasz Konieczny, who received The Kosciuszko Foundation Pioneer Award.

We are very grateful to this year's Ball Chairman – Dr. Henry Sikorski, the Kosciuszko Foundation's Board of Trustees member and President of Polish Gift of Life Foundation.

The Ball was attended by the special guests: Ambassador of Poland to the U. S. – Piotr Wilczek, Consul General of the Republic of Poland in New York - Maciej Golubiewski, Consul of the Republic of Poland in Lviv -Wlodzimierz Sulgostowski, Director General of the Foundation for the Development of the Education System – Dr. Pawel Poszytek and Dr. Grażyna Czetwertyńska - President the KF Poland

Sincere thanks to Mr. Richard Mazur who served as a Master of Ceremony; to USMMA Midshipmen, and to Gerard Carelli Orchestra that once again gave a superb music performance along with the Polish American Folk Dance Company led by Andrzej Buczek.

Special thanks go to our generous table sponsors and hosts:

All proceeds from the Ball support the Foundation's mission to promote education and a broad understanding of Polish culture and history in the United States.