Hurrah! on Times Square NYC - to Celebrate Connection between Poles and Americans 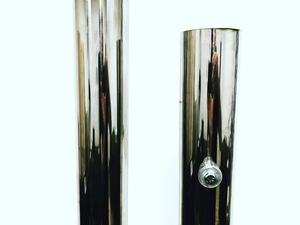 Make plans in May to visit Times Square. Pratt Institute, the Polish Cultural Institute New York, and the Embassy of Poland, Washington DC will present Hurrah!, a project to celebrate the hundredth anniversary of diplomatic relations between Poland and the United States.

Hurrah! is a musical instrument designed for public space that passersby can play and interact with. The project was created to celebrate the hundredth anniversary of diplomatic relations between Poland and the United States, and it conveys and commemorates music as a longtime source of meaningful connections between Americans and Poles.


The installation takes the form of a large-scale xylophone composed of vertical tubes. When tapped consecutively with a drumstick, the instrument plays the Polish birthday and anniversary song - Sto Lat. The tune, well known to every Pole and even some Americans, recalls universal themes of fun and friendship.