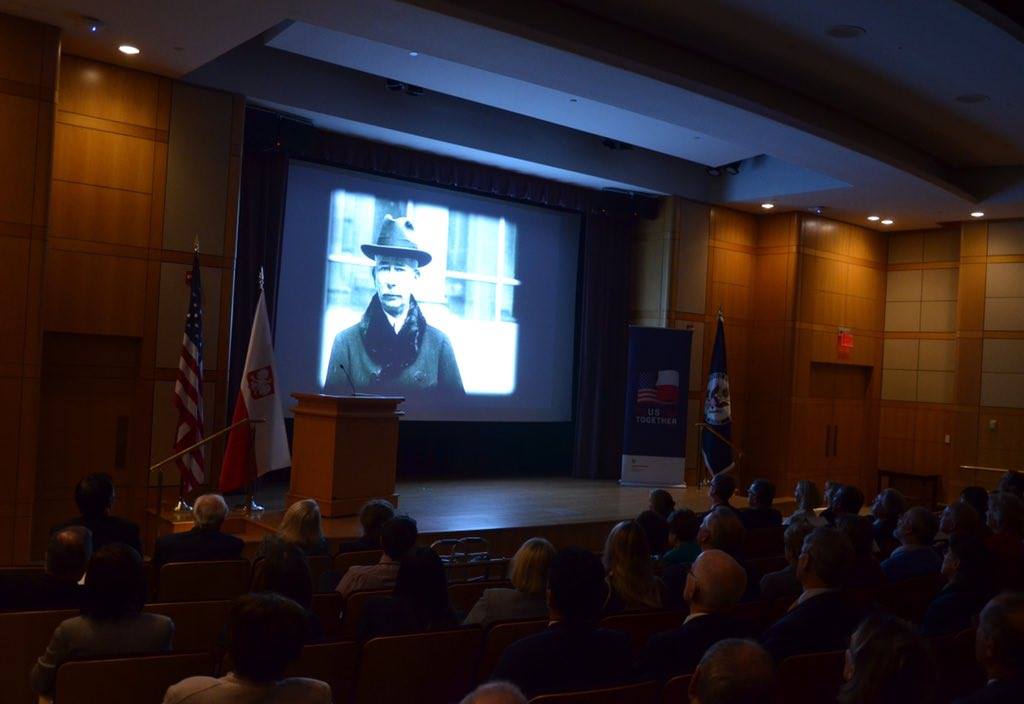 Embassy of Poland and the US Department of State hosted a screening of the documentary “Colonel House” by Discovery.

To celebrate 100 years of Poland-US diplomatic ties, our Embassy and the US Department of State hosted a screening of the documentary “Colonel House” by Discovery. Edward Mandell House, known as “Colonel” House, was a US diplomat, advisor to President Woodrow Wilson and friend of Ignacy Jan Paderewski who played a key role mobilizing America’s support for Poland’s restoration (Paderewski called him “Poland’s providential man”). The event was held at the United States Diplomacy Center in Washington, DC.

The film was opened with remarks by Ambassador Wilczek and Daniel Lawton, Deputy Assistant Secretary for Central European Affairs at the State Department. In his words, Ambassador Wilczek reflected how “We continue to see that the Poland-US alliance not only benefits our two countries, but is a force for good in the world.” The event’s distinguished guests included Ambassador of the Bahamas Sidney Collie, Ambassador of Germany Emily Haber and Ambassador of Montenegro Nebojsa Kaludjerovic, as well as Katarzyna Kieli, the president and managing director of Discovery’s Europe, Middle East and Africa operations.

The screening was accompanied by a reception and the exhibit “Class of 1926” on the “Polish Declarations of Admiration and Friendship for the US,” a collection of artwork and over 5 million signatures gifted by Poland to the United States in 1926 for the 150th anniversary of the US Declaration of Independence. Thank you to everyone who joined us to celebrate