US: Paul Manafort and Rick Gates indicted in FBI Probe 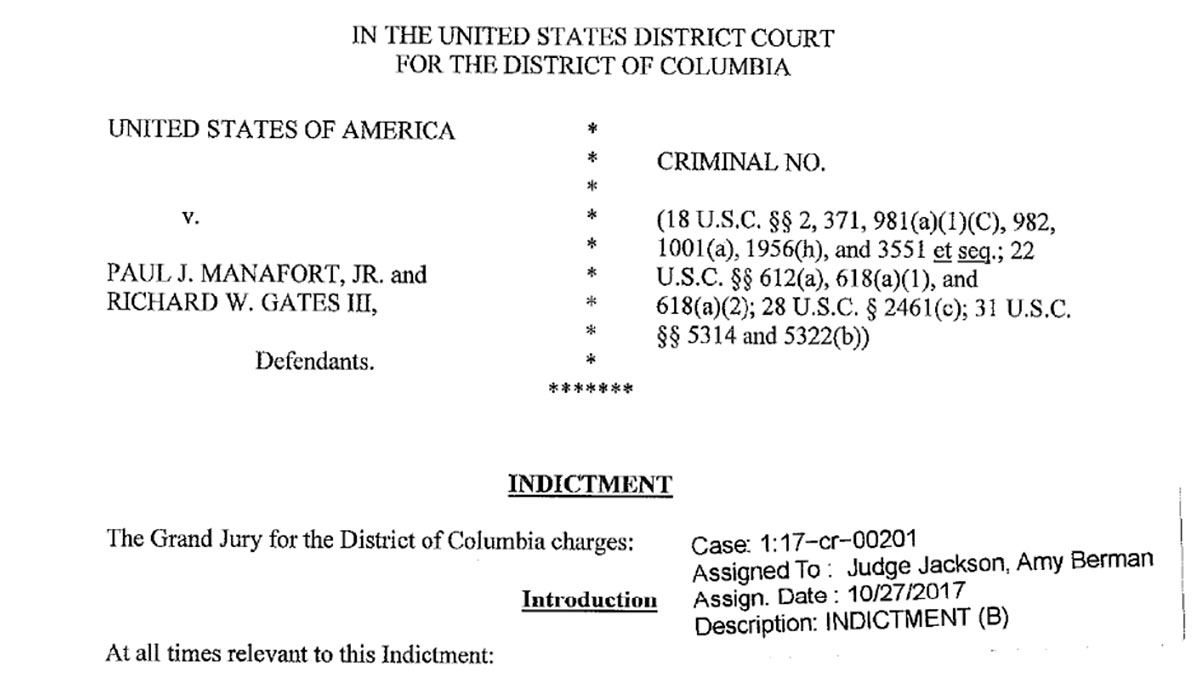 Robert Mueller’s investigation into the 2016 election cycle has led to a major indictment against Paul Manafort and Rick Gates. This indictment has 12 counts including the likes of committing conspiracy against the United States, providing false statements to United States, and seven overall counts of failure to provide reports of foreign bank and financial accounts.

Even though this doesn’t indicate whether there was tampering in the 2016 election, it is the first major landmark in the FBI investigation. The White House commented that these investigations indeed do not indicate at all whether Trump has been involved. “These guys were bad guys when they started, they were bad guys when they left,” stated one source from the White House.

Trump himself tweeted “Sorry, but this is years ago, before Paul Manafort was part of the Trump campaign,” also stating there was “NO COLLUSION” in response to Monday’s news.

Manafort has long been scrutinized for working for former Ukrainian President Viktor Yanukovych in failing to register as foreign agents for the then Ukrainian government. Gates joined Manafort’s lobbying firm and has been involved in many projects in Eastern Europe, including some for Yanukovych.

Both will be scheduled to make their first court appearances before a US district magistrate on Monday.