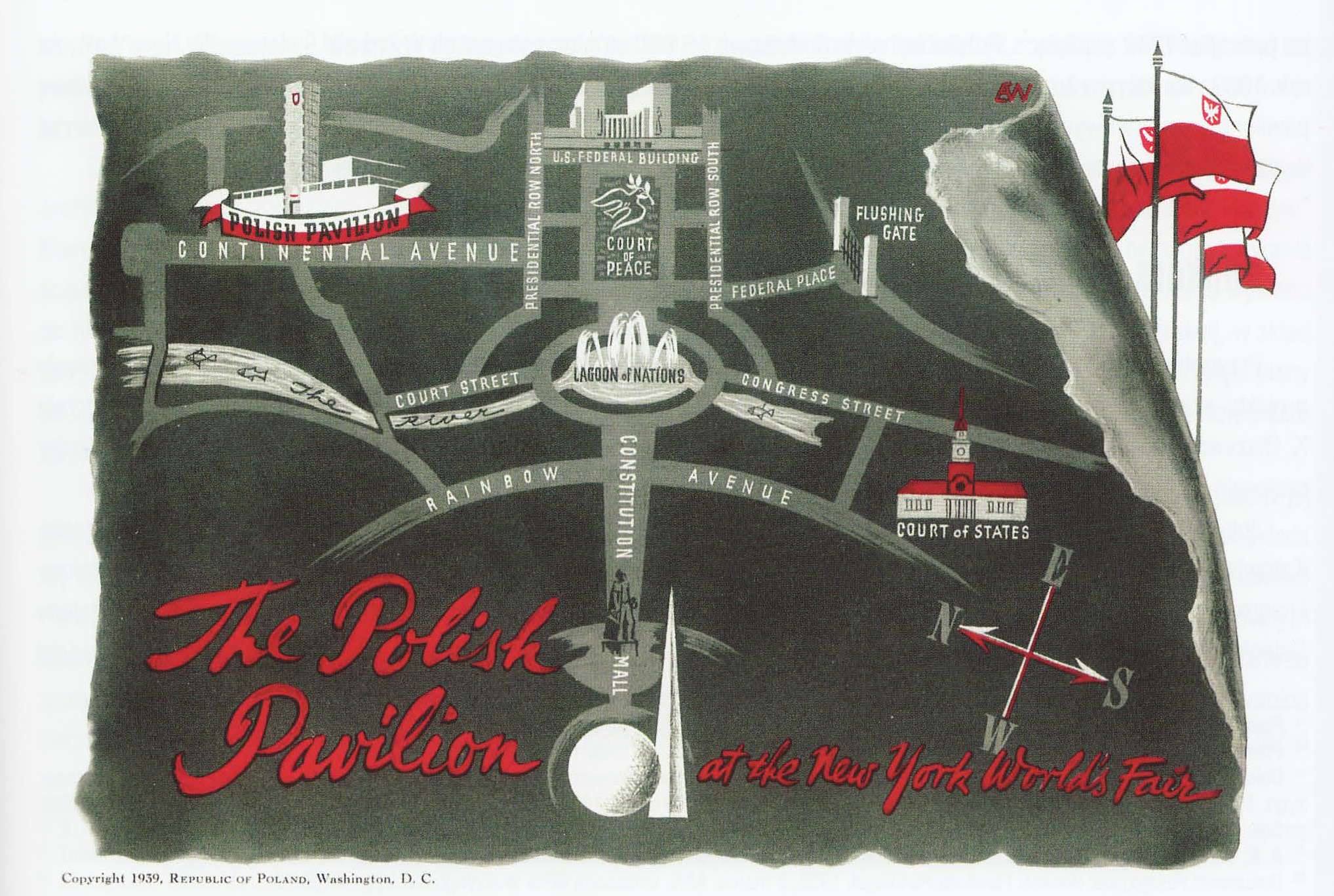 Dr. Tomasz Pudłocki will present an illustrated lecture on efforts to promote Poland in the US at the time of the Fair. April 21 at The Kosciuszko Foundation

Since the mid-19th century, the World’s Fairs have been a phenomenon of the industrialized and mass-society era, showcasing individual countries’ latest achievements in diverse areas, but also projecting their strength and political importance. The 1939 World’s Fair in New York was no exception. Opening the Fair on April 30, 1939 under the title “The World of Tomorrow,” President Franklin D. Roosevelt spoke of a future free of war and working for the benefit of humanity. The Polish Pavillion was opened three days later on May 3rd, the anniversary of Poland’s historic 1791 Constitution. The Pavillion showed the best of Poland, past and present, exemplified by a dramatic statue of King Władysław II Jagiełło, hero of the Battle of Grunwald in 1410. Representing Poland’s vitality and bravery, the statue stands today in New York’s Central Park. In spring of 1939, under the shadow of increasing Nazi aggression, such a statement was significant. How can we assess the Polish contribution to the ’39 World’s Fair? What was exhibited and why? Did it simply promote Poland’s past and present achievements, or was it a message that at a time when war was just over the horizon, Poland could be a strong ally?

Dr. Tomasz Pudłocki, Associate Professor at the Jagiellonian University’s Institute of History in Kraków, Poland will present an illustrated lecture on efforts to promote Poland in the US at the time of the Fair, when a nationwide publicity push was prepared with great optimism. After WWII broke out, the same people desperately tried to secure homes for the many pieces of art that were left after the closure of the Polish pavilion.

Dr. Tomasz Pudłocki, Associate Professor at the Jagiellonian University’s Institute of History in Kraków, specializes in the history of Galicia from socio-cultural point of view, as well as the history of women and intellectual history. Two years ago published his latest book on Polish-British intellectual connection in the interwar period (Ambasadorzy idei. Wkład intelektualistów w promowanie pozytywnego wizerunku Polski w Wielkiej Brytanii w latach 1918-1939, Historia Iagellonica, Krakow, 2015). Member of the Commission on History of Women (Polish Academy of Science in Warsaw), the Commission on History of Science (Polish Academy of Arts and Sciences in Krakow). President of the Society of Friends of Learning in Przemyśl (2011-2013), The Kosciuszko Foundation Grantee (2012-2013), Fulbright Scholar and Daemen College, Amherst, NY, Visiting Professor (2015/2016), and Grantee of Polish Ministry of Higher Education for best young scholar (up to 35) (2013-2016).