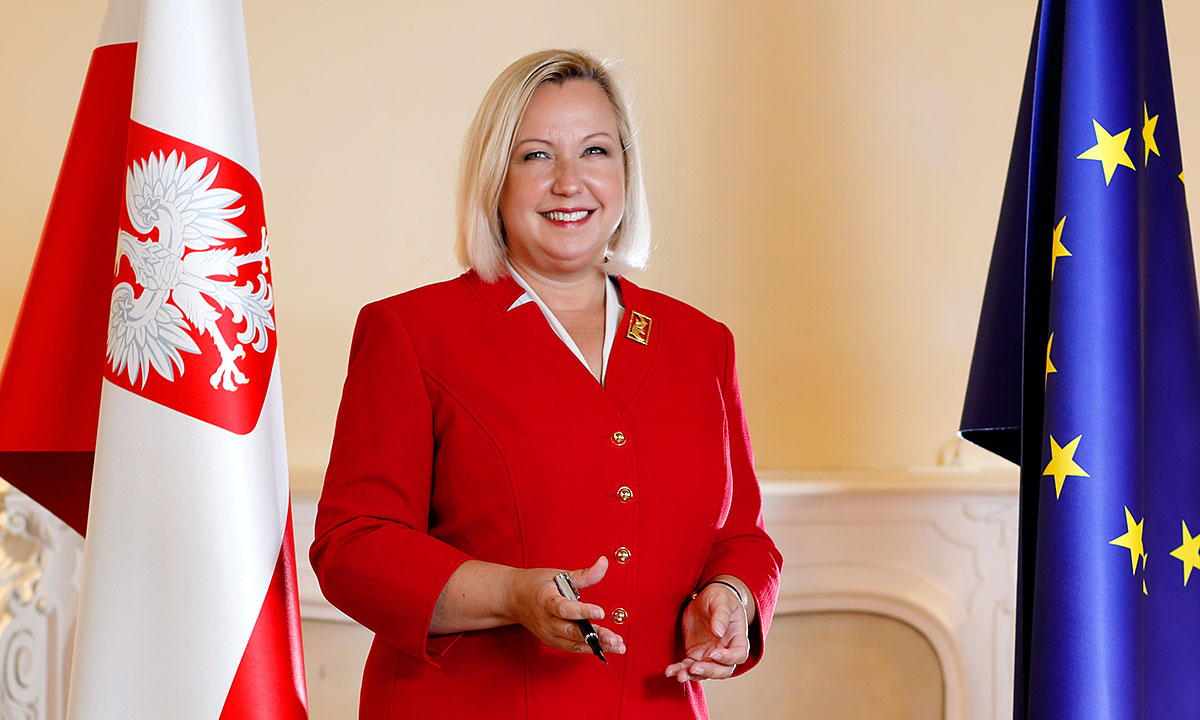 All you ever wanted to know about diplomatic protocol - A lecture by the Consul General of Poland in NYC Urszula Gacek. It's free and open to public. Room 1201, 12th floor, in International Affairs Building on Columbia University Campus at 420 West 118th Street, New York, NY 10027.

We are happy to invite you all to a lecture/talk on diplomacy by our Consul General of Poland in NYC Urszula Gacek. She has over 10 years of diplomatic experience in Poland, Brussels and now in NYC. Whether you consider a diplomatic carrer or would like to learn some diplomatic tricks, you dont want to miss this event. It's free and open to public. Room 1201, 12th floor, in International Affairs Building on Columbia University Campus at 420 West 118th Street, New York, NY 10027.

Consul General Urszula Gacek, the daughter of Polish émigrés, was born in Great Britain. Her father, Bolesław, was a WWII veteran, who served in the Army of General Władysław Anders.

Urszula Gacek is a graduate of the University of Oxford and has a degree in Philosophy, Politics and Economics. In 1991, she moved from Great Britain to Poland. For many years, she was engaged in business, as an expert. After the fall of communism, her knowledge about the existing institutions such as the oil, gas and chemical industries, were key in understanding the transformation taking place within the country. She served as the CEO of a regional development agency (Tarnów Industrial Cluster) and acted as an adviser to small and medium sized enterprises in southern Poland. She worked closely with USAID, the Japanese International Development Agency and with various European Union funded regional development projects. In 2005, she was elected to the Polish Senate and was an active member of the Committee for Emigration Affairs and Contacts with Poles Abroad, the Foreign Affairs and European Union Affairs Committees, as well as being Deputy Chair of the Polish-British Parliamentary Group. Urszula Gacek was a delegate of the Polish Senate to the Parliamentary Assembly of the Council of Europe.

In 2007, she became a Member of the European Parliament. She served as a Member of the Committee for Civil Liberties, Justice and Home Affairs and of the Sub-committee on Security and Defense. Furthermore, she participated in the work of the European Parliament’s EU-USA delegation, as well as the delegations to Armenia, Azerbaijan and Georgia. Between February 2011 and November 2014, Urszula Gacek acted as Ambassador and Permanent Representative of the Republic of Poland to the Council of Europe in Strasbourg, France. On 21 December, 2014, she took up the post of Poland’s Consul General in New York.