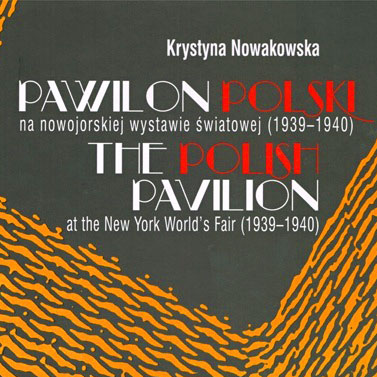 The Polish Museum of America (PMA) has been designated as the sole North American distributor of the new book, The Polish Pavilion at the New York World’s Fair (1939- 1940) and its Subsequent Fate

The book, written by Dr. Krystyna Nowakowska, was published in Warsaw by the Department of Cultural Heritage of Poland’s Ministry of Culture and National Heritage in 2013.

The hardcover bilingual (Polish and English) publication , consists of 269 pages and 61 black and white and 41 color illustrations, covers the history of the Pavilion, its fate, and the fate of some of the a rtifacts that have survived to-date–many of which form a large part of the PMA permanent collections.

The author, Dr. Krystyna Nowakowska, previously visited the United States in the late 1990’s, and co-urated the PMA exhibit, Art Deco Poland: Designing a New Nation . During that time, she first considered the themes of this new publication in her doctora l dissertation. Since then, she expanded the work through additional research and illustrations. Here, she explores the traditions of world fairs and the 1939 New York Fair , The World of Tomorrow.

She writes extensively on the organization of the Polish Pavilion and its main proponent, High Commissioner Stefan de Ropp, who led an interesting life and had successes in rganizing Trade Fairs in Poland.

Additionally, the book considers the struggles of the second season of 1940 –of the Nazi and Soviet occupation of Poland, and the Polish government - in - exile’s focus on its war fighting efforts. The final chapters discuss the fate of the Pavilion and the various artifacts found within.

The Polish Pavilion at the New York World’s Fair (1939 -1940) and its Sub sequent Fate is available at the PMA Gift Shop for 40.00 USD. Mail orders require an additional 7.50 USD for shipping and handling (USPS Media Mail, delivery in 5 -7 business dates). Canadian orders require additional postage. Payment is accepted via check or credit card.

Orders can be sent to: