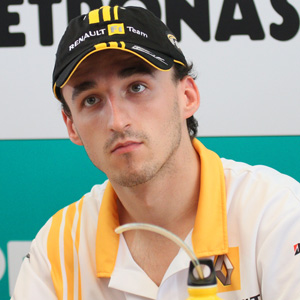 Formula One star Robert Kubica has been seriously injured in a crash while heading to the start of the Ronde di Andorra rally in Liguria, Italy, the ANSA news agency reported on Sunday.

The Lotus Renault GP driver from Poland was at the wheel of the Skoda Fabia he was to race in the rally when he left the road at high speed and crashed into a wall.

His co-driver, Jacub Gerber, is reported to have emerged from the wreck unhurt but Kubica remained inside.

He is said to have been conscious when emergency services removed him from the vehicle.

He was then transferred by helicopter to the Santa Corona hospital in nearby Pietra Ligure, near Savona, suffering from multiple fractures and internal trauma.

His condition is said to be serious and subsequent reports claimed he may be at risk of losing a hand that was crushed in the crash.

The rally was temporarily suspended as Kubica\'s car was cleared from the road.

It was not the first time the Pole had been involved in a horror crash, after he hit a wall at 300kph during the Canadian Grand Prix in 2007.

Driving for Sauber, Kubica slid off the circuit and crashed into a wall, before rebounding across the track in a barrel roll and hitting another barrier.

Kubica, however, was not seriously injured on that occasion and after being air-lifted to hospital for checks, he was found to have sustained nothing more serious than a sprained ankle and slight concussion.

He missed only one Grand Prix after the incident.