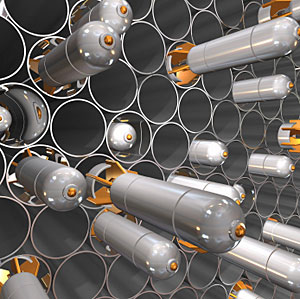 Special codes that allow the US president to order a nuclear attack went missing \"for months\" during Bill Clinton\'s time at the White House, his former top military officer says in a memoir.

The nuclear authorization codes, known as the "biscuit," are supposed to remain close to the US president at all times and are safeguarded by one of his aides.

"At one point during the Clinton administration -- and until this day, to my knowledge this has never been released -- the codes were actually missing for months," former chairman of the Joint Chiefs of Staff Hugh Shelton wrote in his newly-published memoir, "Without Hesitation: The Odyssey of an American Warrior."

"This is a big deal -- a gargantuan deal -- and we dodged a silver bullet."

The aide assigned the sensitive job of keeping the "biscuit" managed to lose track of the codes in 2000, the retired general said.

When a colleague from the Pentagon came to the White House to confirm the codes as part of a monthly routine procedure, the aide put him off, saying Clinton had the codes and was busy with an urgent meeting.

"This comedy of errors went on, without President Clinton\'s knowledge I\'m sure," Shelton said, until it was time to replace the codes with a new set, which is done every four months.

"At this point we learned that the aide had no idea where the old ones were, because they had been missing for months.

"The president never did have them, but he assumed, I\'m sure, that the aide had them like he was supposed to," he added.

When he learned of the disaster, Shelton rushed to the offices of then-defense secretary William Cohen, saying: "you are not going to believe this."

Procedures were changed after the incident and fears that the slip-up would find its way on to the front page never materialized.

But the episode showed that no system could be entirely safe from human error, Shelton wrote.

"You can do whatever you can and think you have an infallible system, but somehow someone always seems to find a way to screw it up," he said.

Another book published several years ago described a similar incident, but alleged the episode occurred in 1998 the day after the Monica Lewinsky scandal broke.

Retired US Air Force lieutenant colonel Robert Patterson wrote that Clinton, and not an aide, allegedly lost track of the codes.