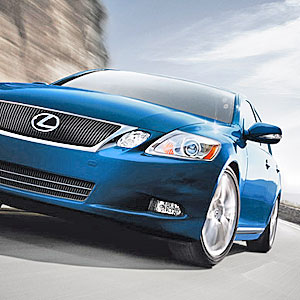 Toyota on Thursday announced a safety recall of about 1.5 million vehicles worldwide to fix a brake fluid leak that it warned can gradually diminish braking performance in the cars.

The world\'s largest auto maker, which was battered by a global safety crisis earlier this year, said it would voluntarily recall 740,000 cars in the United States and almost 600,000 in Japan to fix the problem.

He said that no accidents had been linked to the defect.

Toyota is recalling the cars to repair a flaw in which "a small amount of the brake fluid could slowly leak from the brake master cylinder", which would lead the brake warning lamp to illuminate, the company said.

If at this point the brake fluid is not replaced, "the driver will begin to notice a spongy or soft brake pedal feel and braking performance may gradually decline," Toyota USA said in a statement.

US owners of affected vehicles will be notified by early November, it said.

In Japan, Toyota announced it would recall more than 600,000 cars spanning 13 models, including the Crown, Mark X, Lexus IS and GS, according to filings submitted with the transport ministry.

While in 11 of the models Toyota will fix defects in fuel pump wires and brake master cylinders, the total also includes more than 1,800 units of its Voxy and Noah models affected by a speedometer defect.

The latest moves by the auto giant come after a series of mass recalls of around 10 million vehicles worldwide announced in late 2009 and early 2010 undermined Toyota\'s once stellar reputation.

It led to US congressional investigations and a record 16.4 million dollar fine to settle claims it hid gas pedal defects blamed for dozens of deaths.

Since then Toyota has seen its US market share shrink by 1.4 points to 15.2 percent for the first nine months of this year.

Toyota said earlier this month it had completed more than five million repairs on US vehicles affected by the series of recalls.

Toyota said some 80 percent of the 2.3 million US vehicles affected by the "sticky pedal" defect had been repaired while 86 percent of the 148,000 Prius and Lexus vehicles recalled for braking problems had also been fixed.

Despite its woes Toyota, a global leader in green car technology, said last week that its Prius petrol-electric hybrid, launched in 1997, had topped the two million sales mark by the end of September.

Its popularity has continued despite Toyota last year recalling 437,000 Prius and other hybrid vehicles to repair a flaw in the braking system.