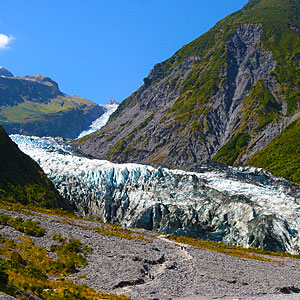 Nine people, including foreigners, were killed when a skydiving plane crashed and burst into flames at a popular New Zealand tourist spot Saturday, police and media said.

The plane went down near the airstrip at Fox Glacier, a central attraction in the UNESCO-designated World Heritage area on the west coast of New Zealand\'s South Island.

"All nine people on board were killed," a police spokesman told AFP.

He listed the dead as the pilot, four New Zealand males and tourists from Ireland, England, Australia and Germany whose ages and gender were not available.

Initial details of the tragedy were sketchy because of the remoteness of the area, however, the police spokesman said he understood the plane burst into flames after it crashed.

Television New Zealand reported the aircraft, which it said belonged to a skydiving company, burst into flames soon after take off.

The only skydiving company in the area, Skydive New Zealand, would not comment on the tragedy.

However, a message on the company\'s answerphone said: "Unfortunately, we will not be skydiving for the rest of the day."

Police said the ill-fated aircraft was a Fletcher fixed-wing, the type operated by Skydive New Zealand which has been involved in the skydiving and aviation industry for more than 25 years.