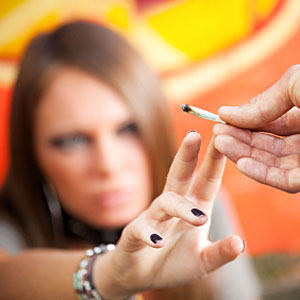 "If you smoke a pack of cigarettes, that means you are giving more to help solve social problems such as boosting demographics, developing other social services and upholding birth rates," Kudrin said, quoted by the Interfax news agency.

"People should understand: Those who drink, those who smoke are doing more to help the state," he said, offering unconventional advice as the Russian government announced plans to raise excise duty on alcohol and cigarettes.

Alcohol and cigarette consumption are already extremely high in Russia, where 65 percent of men smoke and the average Russian consumes 18 litres of alcoholic beverages per year, mainly vodka, according to official statistics.

Russian duties on cigarettes are among the lowest in Europe, with most brands priced at around 40 rubles (one euro, 1.30 dollars) per pack and unfiltered cigarettes selling for much less.

The finance ministry in June announced plans to more than double excise duty on cigarettes over the next three years from 250 roubles per 1,000 filtered cigarettes to 590 roubles in 2013.

The move is likely to be unpopular in the nicotine-addicted nation where a cigarette shortage in the late 1980s and early 1990s incited protests and led then-president Mikhail Gorbachev to appeal for emergency outside shipments.

The state recently imposed a new minimum legal price for vodka, implemented a zero tolerance ban on drink-driving and banned night-time sales of alcohol to curb abuse blamed for the deaths of thousands of Russians every year.

Alcohol abuse kills around 500,000 Russians annually and greatly impacts male life expectancy, which is lower than in such developing countries as Bangladesh and Honduras, according to official figures.