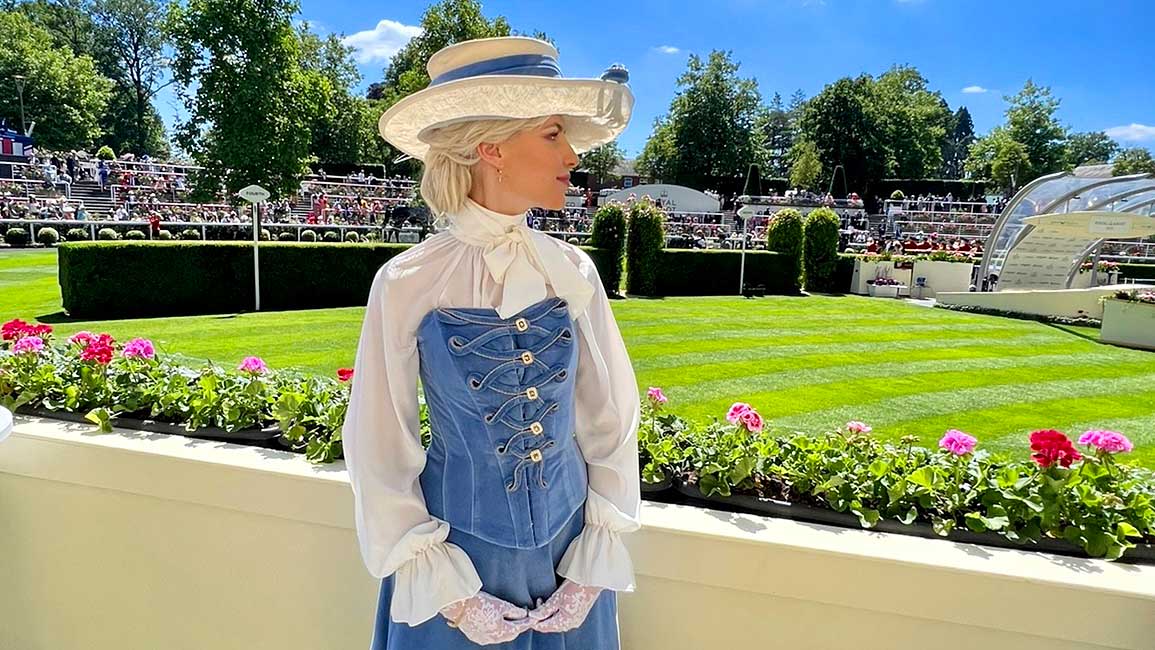 Royal Ascot - the world’s most famous horse racing as accompanied by the true festival of the first-class fashion.

The international audience observed the racings not only for the sport, but also to see the most stylish and fascinating fashion trends and outfits chosen by the Royals, aristictocrats stars and international guests.

Festival of fashion - that is how the Royal Ascot is called almost since the beginning. It is hard to imagine, but the first Royal Ascot began with Queen Anna over 300 years ago.

Since 1711 fashion had changed a lot and today we observe the fascinating era, when fashion mostly serves to express ourselves in the way we choose to. That means the Royal Ascot’s fashion melting pot at its best. And even though the dress code of this royal event is stricted, the possibilities to express each one’s individual style are quite endless.

This exceptional Royal Ascot was connected with the Platinum Jubilee of Her Majesty the Queen.

In 2022, Her Majesty The Queen becomes the first British Monarch to celebrate a Platinum Jubilee after 70 years of service. Britain’s royals, international aristocrats and hundreds of thousands of stylish guests every year obligatory visits the Royal Ascot - glamorous annual horse racing event that dates back to 1711, when Queen Anne founded Ascot Racecourse in Berkshire, southern England.

Fashion as a statement
Duchess of Cambridge

It is a truth universally acknowledged that the fashion can be a statement.
This year Katherine, the Duchess of Cambridge said by choosing conciously her Royal Ascot’s outfit more than a 1000 words.

Always classy and elegant Duchess truly delighted the international audience by her polka dot dress - very similar to Diana's iconic Victor Edelstein dress. She also had chosen pearls - as Princess Diana did in 1988, when she wore strikingly similar creation.

The Royal Ascot this year was attended by numerous aristocrats. Princess Beatrice and Count Edo Mapelli Mozzi, The Earl and Countess of Wessex, Prince and Princess Napoleon, Princess Angelika Jarosławska Sapieha, Countess Mountbatten, and Lady Frederick Windsor. From classical forms to bold and fancy creations and hats. The aristocrats didn’t disappoint us with their creation at the Royal Ascot.

This year, the most fashionable colors were light pastels. Most of the royals chose light pink, blue or beige and of course - traditionally - flower motifs.

One of the most beautiful creations, distinguished by the Royal Ascot in the videos and on the official Ascot Racecourse social media was the one presented by Polish Princess Angelika Jarosławska Sapieha. Businesswoman, philanthropist, and fashion designer didn’t disappoint with her creation.

She wore her Royal Militare collection, designed especially for Royal Ascot. Blue velvet, white silk, and lace looked perfectly on the racecourse and distinguished the Princess among many modern, looking-alike dresses.She uniquely connected the past and the history of equestrian clothes with the modern style and elegance.

This was one of the most photographed looks.One more time we found the proof for the wisdom of the old saying: “Fashion fade, but style is eternal”.