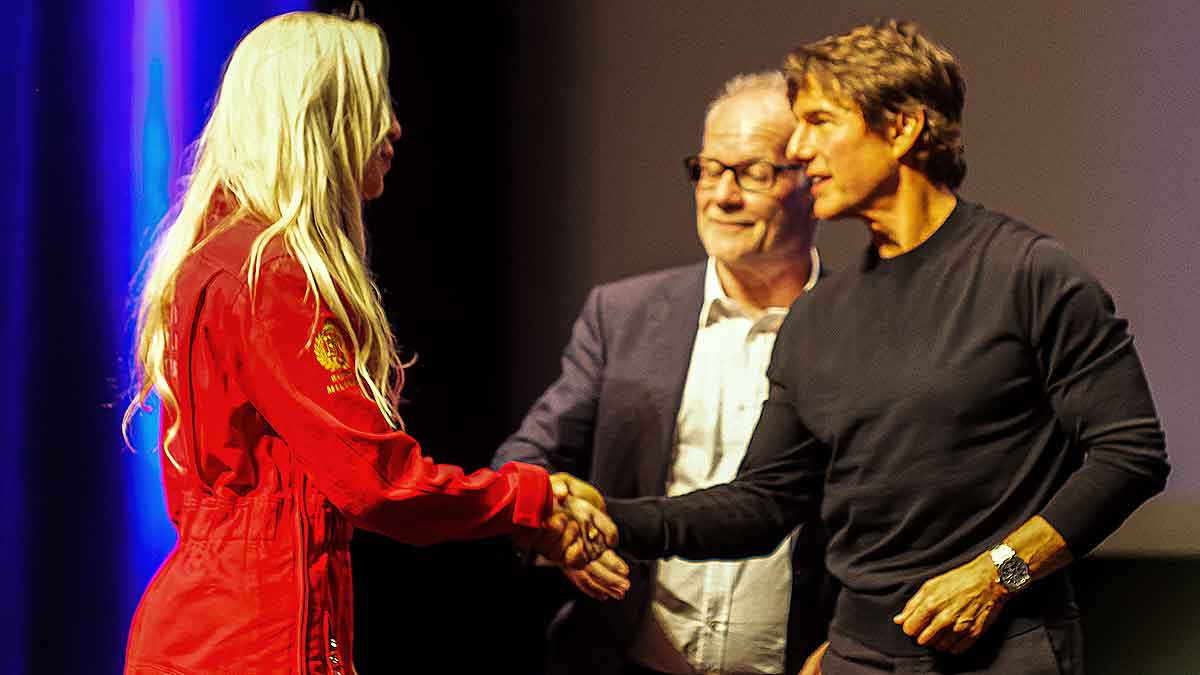 75th Cannes Film Festival started on Tuesday, May 17, 2022 and will run until Saturday, May 28. The biggest attraction of this year's festival is undoubtedly Joseph Kosinski's "Top Gun: Maverick", who came to the capital of the French film with all his actors, led by Tom Cruise.

Organizers of the Cannes Festival make every effort to not only present movies, which are the greatest jewels of the international production market, but also to welcome on the red carpet the most talented shining stars. The eyes of the world are turned towards Cannes Festival and everyone who loves movies is dreaming to be there right now.

During the 12-day festival, we will watch over 50 film premieres. In addition to the second part of "Top Gun: Maverick", we will see the film premiere of the biography of "Elvis Presley”.

The most awaited premiere was the “Top Gun: Maverick”. There were a lot of fans waiting for the meeting with Tom Cruise on the silver screen, but unfortunately the invitations to the premiere of the blockbuster were distributed immediately after the information about the film appeared. During the premiere, Tom Cruise received a lifetime achievement statuette.

The “Rendez-Vous” with Tom Cruise at 2 p.m. was a spectacular event. Princess Angelika Jarosławska Sapieha, who designed a special collection of aviation-inspired clothes at her luxury brand Royal Militare - promoting aviation but also we can say that successfully inspiring to see the film about the brave pilots as well, was invited to both events.

The Cannes Film Festival is not only about films, but also a celebration of the beauty and art of fashion. That is why many celebrities have appeared in all kinds of impressive haute couture outfits.

Undoubtedly, one of the most fresh, fascinating and expected creations were also those promoting aviation, designed by Princess Angelika Jarosławska Sapieha.

They aroused great interest. The Royal Militare collection was also admired by Tom Cruise, who was delighted with aviation fashion inspired by the film. This sequence perfectly matched the promotion of this mega film production during the Cannes festival.

Passion for aviation - It’s in the blood

Royal Militare - this is the aviation brand which catched Tom Cruise’s eye and made him fall in love with the concept inspired by the old & modern aviation.

Tom Cruise had invited to the stage Princess Angelika, who wear red aviation jumpsuit, inspired by the uniforms of the Royal Air Force.

He learned that the jumpsuit consists of 174 elements and is very practical, even on such hot days.

During the evening, on the stage, Princess Angelika gave Tom Cruise a special coin of her design, created by her foundation to commemorate the 100th anniversary of Polish Aviation and British Royal Air Force with the symbol of the 303 Squadron.

Tom Cruise knew about Angelika Jarosławska Sapieha’s mission and contribution towards mine-free world and global anti-landmine campaign. Lately, she organized parallel event of the campaigned which she initiated: “One Mine One Life Worldwide Movement for a Mine-Free World” during the sixty-sixth session (CSW66) of the Commission on the Status of Women in United Nations, New York.

He know exactly that many actors are actively engaged in the actions supporting anti-landmine action and humanitarian support which Angelika Jarosławska Sapieha and her team brings to many places around the world - Cambodia, Laos, many countries in Africa and South America. He was thankful for her dedication to bringing humanitarian support to Ukraine.

Just a day later Tom Cruise was in London with the Duke and the Duchess of Cambridge.

He had a vivid memory of his meeting with Princess Diana, who was whole heartidly dedicated to the most vulnerable and who was supporting humanitarian action in many places around the world.

Princess Diana’s twin nieces were present at the Cannes Film Festival, 35 years after Princess Diana made her own Cannes debut.