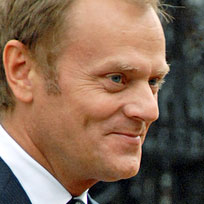 The new chief of the European Council is prime minister of a country that has weathered the global crisis the best in the entire EU. Poland was the only community country not to slip into recession in 2008-11. She is generally held up as a model of economic success.

Saturday, 30 August 2014, should be remembered as the day when the division of the European Union into ‘new’ and ‘old’ member states ceased to exist. The choice of Prime Minister Donald Tusk as President of the European Council, the EU’s most important institution, marks a symbolic end of this traditional and overused division. There are no longer ‘new’ or ‘old’ countries. All of them count the same.

But that is not all: Poland led a coalition of European countries demanding that a strong cohesion policy be preserved within the EU budget. As a result, she negotiated a record PLN 500 billion, which is several times the size of the Marshall Plan. Ten years was enough for Poland to become one of the key EU countries. Today, the date of joining the Community plays no role whatsoever.

The nomination of Donald Tusk reflects Poland’s standing in Europe. Europe’s other political leaders backed Tusk’s candidacy because they want a new, charismatic leadership in the European Council.

Tusk has proved his credentials as someone who can conduct effective negotiations and reach good compromises. He is neither an extreme federalist, nor a eurosceptic. He is excellent at relating to the public (something he demonstrated by winning an election at a time when other European prime ministers suffered defeats). As a former opposition activist and a Kashubian by origin he can listen to minorities and respect positive particularisms, which are legion in Europe.

At the same time, Tusk is a European in the full sense of the word; as a historian he knows how European identity came to be, what the starting point of the European community was, and what fundamental European values are. And he also knows what it takes to ensure the work of Robert Schuman, Jean Monnet, Alcide De Gasperi, Konrad Adenauer and Paul-Henri Spaak continues to exist.

Donald Tusk believes in the European Union; he believes it is the only possible answer to the challenges facing Europe. But Tusk also believes in the Union of 28 member states, rather than the delusion of a federation without national identities. The fact that the 57-year-old prime minister of Poland has the energy to run the work of the European Council and represent the European Union around the world was not without its significance either.

The Polish prime minister was chosen as Europe’s president exactly on the anniversary of the August Accords. Today, almost 25 years on, solidarity triumphs all over Europe. A more telling symbol of the common victory would be difficult to find.