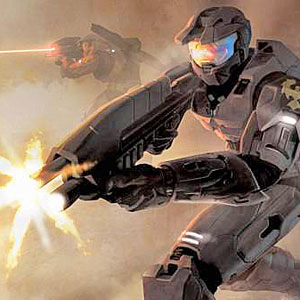 Microsoft said Thursday that its \"Halo: Reach\" videogame for the Xbox 360 console notched up 200 million dollars in sales in the United States and Europe on the first day of its release.

"\'Halo: Reach\' is the biggest game Microsoft has ever released, and its launch has already surpassed every game, movie and entertainment launch this year," said Phil Spencer, corporate vice president of Microsoft Game Studios.

US sales alone made "Halo: Reach," which hit stores on Tuesday, the biggest entertainment launch of the year, surpassing the three-day opening weekends of Hollywood blockbusters "Iron Man 2," "Alice in Wonderland" and "Toy Story 3," Microsoft said.

"Every major installment has grown in scope and popularity, firmly cementing the \'Halo\' franchise as one of the most popular entertainment properties in the world over the past decade," Spencer said in a statement.

"Halo: Reach" is a prequel set before the main "Halo" trilogy, which focuses on a super-soldier called "Master Chief" and his artificial-intelligence companion battling to save humanity from an alien alliance called the Covenant.

The first title, "Halo: Combat Evolved," was released in 2001 and the franchise has attracted a cult following and inspired novels, action figures, comic books and clothing.