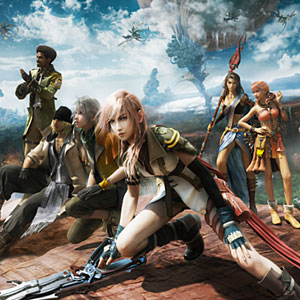 Square Enix, the Japanese game software developer best known for the Final Fantasy series, said Friday it returned to a net profit in the April-June period thanks to brisk sales of new titles.

Japan\'s second-largest game publisher after Nintendo said it booked a net profit of 1.81 billion yen (21.1 million dollars) in the quarter, compared with a net loss of 1.67 billion yen the same period last year.

It saw an operating profit of 5.43 billion yen, more than nine times the 594 million yen profit from a year earlier, on sales of 32.4 billion yen, up 10.7 percent from the previous year.

"The first quarter was prosperous period as \'Dragon Quest Monsters:Joker 2\' for Nintendo DS became a million seller since we had launched it in April," Square Enix Holdings said in a statement.

"Just Cause 2" and "Final Fantasy XIII" which it launched in March in Europe and the United States also enjoyed brisk sales, contributing to profit, it said.

Nintendo said last month it sank into the red for the three months ended June as the yen\'s recent strength ate into profits and as it cut the price of its popular DS handheld console.