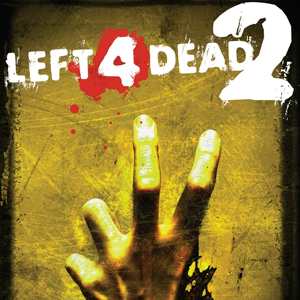 Left 4 Dead 2 is simply more of the frantic, zombie-killing fun that we have grown to love...

Left 4 Dead was one of last year\'s unsurprising hits. Throwing players into one of the most realized versions of the zombie apocalypse yet showcased in video games, it proved to be a time sink that engulfed millions of players for weeks on end. Whatever was said about the game, the most universally-agreed upon flaw was its relative dearth of content. Although Valve has a reputation of offering DLC for their games that greatly extend their lifecycle, the content released for the original Left 4 Dead was sparse. Announcing Left 4 Dead 2 at 2009\'s E3 convention, Valve shocked fans who had grown to expect a development cycle and turnaround of several years for a new installment in a franchise instead of a lightning-fast 12 months. Fortunately, despite the many boycotts and attacks on Valve\'s integrity, Left 4 Dead 2 proves to be a worthy follow-up that builds on the fundamentals of the original game and provides enough content to satisfy anyone looking to make a long-term investment with their $50 or $60.

Left 4 Dead 2\'s level content is split into five campaigns (as opposed to the first game\'s four) which are set in the American South. Critics of Left 4 Dead\'s sometimes monotonous design will be happy to find levels set in abandoned highways, sewers, carnival grounds, and suburbs, amongst other places. Dynamic weather effects and sunshine ensure that you won\'t only be fighting off infected in the middle of the night. The level content is now more focused and tied into an overall overarching theme, depicting the aftermath of an attempted evacuation and stringing together one cohesive adventure starring Left 4 Dead 2\'s new cast of survivors.

These new main characters (Coach, Rochelle, Ellis and Nick) are livelier and more interesting to play than the original cast of 4 from the first game, if only because of their ambient dialogue. The weapons arsenal has also received quite an upgrade with the introduction of several varieties of the pistol, submachine gun, shotgun, and assault rifle. In addition, Valve has thrown in a powerful grenade launcher which is ideal for thinning out infected hordes at a medium distance. The real game-changer is the addition of melee weapons like the fire axe, crowbar, and katana which a player can choose to replace their sidearm with. These weapons make the situations where you are totally surrounded and out of ammunition a bit more tenable, allowing you to beat back the horde and either bash or slice a path through them to get to your teammates. New equipment including Defibrillator pads which bring dead survivors to life, explosive and incendiary ammunition packs, and Boomer bile bombs have also been added. These are all very important additions that mix up survivors\' strategies just enough so that the gameplay feels fresh but familiar.

Enemy variety has also received both cosmetic and functional upgrades. Common infected are now accompanied by "uncommon common" whose special attributes depend on the environment that you\'re playing in. Some wear hazmat suits while others slink through ponds and spray mud in your face. There are new special infected to deal with as well: the Jockey grabs onto you and steers your around the map, the Spitter spits a pool of deadly acid on the ground, while the Charger rams into you and pounds you mercilessly into the ground. The Witch can also wander around the map now, which helps ratchet up the intensity even further.

Outside of standard co-op play in Campaign mode, Left 4 Dead 2 offers the Versus and Survival gametypes introduced in the previous game. New to the game is a Realism mode for hardcore players which removes visual aids such as outlines, respawns, and increases infected toughness. This mode dramatically ramps up the tension. Also included is the new Scavenge mode, which has survivors collecting gas tanks from around the map and increasing a timer by pouring them into a generator while a team of special infected works to thwart them. Like in Versus mode, both teams are forced into an interesting amalgamation of cooperation and competitiveness. The first team to three round victories wins a match, providing a simple, quick and addictive structure that is sure to lead to the familiar "just one more..." feeling.

Left 4 Dead 2 is masterfully presented, as is expected of Valve\'s work. The lush colors of New Orleans contrast sharply with the muddy greens and browns of the swamps. A new level of infected dismemberment has been integrated into the Source engine, leading to even more satisfying gunplay. Voice acting by all four survivors is superb and hilarious and the ambient sound effects are an excellent source of information for determining the status of the infected and your fellow survivors.

Left 4 Dead 2 has successfully defied the stigma of one-year sequels by offering a full package that is a vast improvement over its predecessor, while remaining familiar to fans who loved the original Left 4 Dead. So pick up that shotgun and strap on your chainsaw, this is one zombie apocalypse that you don\'t want to miss.

Gameplay: 9.5 – Fighting to stay alive is even more intense this time around with the addition of new firearms, melee weapons, and equipment to use to fend off waves of infected, including the uncommon common and new special infected.

Presentation: 9.0 – The amount of variety in both the environments and characters amounts to a refreshing jump over the production values of the first game.

Graphics: 9.0 – Some brighter environments bring out the liveliness and detail of Valve\'s level design. The visuals are more than adequate and result in little to no slowdowns.

Sound: 9.0 – The voice acting of the survivors is superb and the guttural yells of the infected warn when trouble is close at hand.

Final Score: 9.2 – By building upon the successes of its predecessor, Left 4 Dead 2 has become one of the best cooperative experiences in the history of video games.