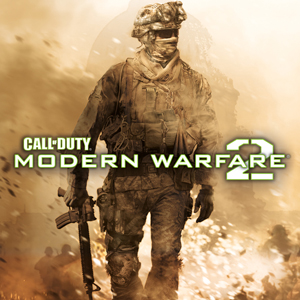 Bigger, better, and more controversial than the first...

You know video games have become a big thing when industry reports place some of their earnings above those of entertainment staples like Hollywood and the music industry. Leading the charge for the past several years, the Call of Duty franchise has garnered massive exposure and has become the most successful shooter franchise in gaming history and one of the most recognizable entertainment brands of the 21st century. Much of this success was built upon the critical success of Call of Duty 4: Modern Warfare, which took both critics and gamers by storm with its intensely well-scripted campaign and abnormally addictive multiplayer options. Following Treyarch\'s worthy World at War release, Infinity Ward has brought out its first-ever actual sequel. Can Modern Warfare 2 continue to build on the success of its predecessors while offering enough new features and quirks to justify another full-priced retail release?

While the bulk of playing time with Call of Duty games is spent on their multiplayer components, many gamers will launch themselves into Modern Warfare 2\'s campaign mode upon getting the game in order to see where the story of international intrigue and terrorism started in the first Modern Warfare ends up taking them. The short answer? Lots of places. For the most part, gamers will not be disappointed by the game\'s single player component, which will instantly feel familiar to those who have played the previous installments.

The story takes place five years after the events of the first game. An extremist named Vladamir Makharov has taken command of the Ultranationalist terrorist organization based in Russia following the death of previous bigshot Imran Zakhaev. He works in the shadows and eventually orchestrates several key events that lead to a major international conflict that forms the backbone of Modern Warfare 2\'s plot. Following the Call of Duty tradition of utilizing the viewpoints of multiple characters, Modern Warfare 2 casts the player as members of the US Army Rangers and the fictional international Task Force 141, amongst some other, more minor roles.

The best parallel one can draw to the structure and intensity of the campaign is by describing the experience as gaming\'s equivalent to a Hollywood summer action-blockbuster. Expect to see a wide variety of exotic (and not-so-exotic) locals, filled with moments of both explosive military action and tense stealth operations. It\'s because of this that the gameplay is so engaging: there are no dull moments in Modern Warfare 2 - one mission will have you infiltrating an oil rig Navy Seal-style while another will force you to run over rooftops and dodge bullets under the shadow of Rio de Janero\'s Christ the Redeemer statue. There are many gameplay improvements, the vast majority of which are quite minor besides one major shift for the franchise: Modern Warfare 2 features no "respawn closets." This mechanic, which forced players to constantly advance in order to trip switches that deactivated a hidden  enemy spawn point, was present in previous Call of Duty games in order to present players with an incentive to keep moving. Even though the game can no longer rely on this gimmick, it\'s a testament to Infinity Ward\'s excellent level design and pacing that the game simply doesn\'t need it to make players advance through the six-hour long campaign.

Modern Warfare 2\'s campaign does suffer from some of the major pitfalls that many action movies have, noticeably in the plot arena. It seems that, in order to top the experience of their previous campaign, Infinity Ward has made some sacrifices in the fields of realism and believability. Like this reviewer, you might find yourself dropping your jaw at the sheer coolness of specific events, only to realize later that a lot of the situations that the game throws at you are simply absurd. This is disappointing, especially when you consider that the first Modern Warfare presented a similar, action-packed campaign that was able to maintain a degree of plausibility. Infinity Ward seemed to set out with the intent of constantly shocking the player at any cost, and that means the campaign starts to drag a little bit by its conclusion. In addition, many of the important plot points are communicated through dialogue in loading screens that many people might miss. Some are entirely non-existent and appear to rely on the player\'s inferences to make sense of the over-arching situation. Besides the two protagonists, the majority of the game\'s characters are forgettable, shuffling in and out of the plot a bit too frequently.

Taking all that into account, there are some positives with Modern Warfare 2\'s story. The first game appeared to be very one-dimensional in its portrayal of moralities and opposing sides, giving some people the sense that it was glorifying the military experience. While Modern Warfare 2 is filled with a lot of fun, high-octane moments, there is a feeling of darkness and uncertainty permeating the entire campaign. Many of your actions have unintended consequences, potentially leaving players with the feeling that they are no longer the knights in shining armor that video games are often too comfortable to cast them as. All-in-all, despite its shortcomings, Modern Warfare 2 is a rollercoaster ride which will grab you and keep on the edge of your seat until the end.

New to the Call of Duty franchise is Modern Warfare 2\'s Special Ops mode. Infinity Ward\'s answer to Nazi Zombies takes a range of scenes from both Modern Warfare games and modifies them into a variety of different objective modes that include surviving waves of enemies and racing snowmobiles. Each mission is designed for cooperative play between two individuals, despite the fact that you can go solo in some of them. It\'s hard to describe just how fun this mode is, but perhaps if one were to imagine pulling off the coordinated sniper kills present in the campaign along with a buddy, they might being to understand the appeal of it. The one qualm is that there is no matchmaking in this mode, meaning you\'ll have to go hunting for cooperative (no pun intended) players if friends are unavailable to pick up the slack. It\'s a worthy addition to the game, exposing the franchise to a type of gameplay that many will find appealing.

The big elephant in the room is Modern Warfare 2\'s multiplayer component. You probably won\'t be surprised to hear that its awesome. Built on the xp-based system of the last two Call of Duty games, Modern Warfare 2 ups the ante with a huge list of tweaks and additions that add up to a vastly improved experience. Some of the changes include restructured weapons loadouts, which now allow you to assign shotguns and blast shields to your secondary slot. This factor alone changes the dynamics of the battlefield drastically, as players will no longer have to depend on weak pistols once they run out of primary ammunition. Perks, like weapons, can now be upgraded over time, granting secondary effects related to the perk\'s primary one. Deathstreaks now take off some of the sting of play sessions where you might be dominated by opposing players and killstreaks have been expanded to a menu of options that you can eventually unlock and equip. Each of these killstreaks is unique. Some offer the possibility of more kills, while others, like Supply Drop, provide players with randomly-chosen bonuses that include ammunition and even other killstreaks. All-in-all, there is a lot of new content in Modern Warfare 2, but despite this, the game remains slickly balanced and fun.

A slight disclaimer for PC players: for several reasons, Infinity Ward has moved to drop their support for dedicated servers in this installment of the franchise. A staple of multiplayer games for many years on the platform, this decision will instantly make the multiplayer of MW2 unappealing to some hardcore gamers for a variety of reasons. The game is feature-for-feature identical to its console counterparts, along with the expected crisper graphics and mouse and keyboard support, so casual gamers might not find this to be too much of an issue. However, it is somewhat of a bummer that Infinity Ward decided to solely rely on matchmaking and not even include dedicated servers as an option. Xbox 360 players who play with friends will also be irritated by the disabling of party chat, practically a required feature given the LIVE community and some of the shenanigans it\'s known for.

Presentation-wise, the game is exactly what you\'d expect from a sequel to Modern Warfare. The graphical quality is mostly unchanged, but a wider use of locations and a greatly-expanded color palate help the visuals out immensely. The sound quality is up to Call of Duty standards, and a rousing soundtrack composed by the legendary Hans Zimmer only adds to the campaign\'s cinematic quality.


Modern Warfare 2 is a value-packed product that will appeal to a wide array of shooter fans. Although its campaign is disappointingly inelegant in plot design and some of the multiplayer options have been stripped out, the overall experience will provide you with many hours of fun and rewarding gameplay.

Gameplay: 9.0 – The Call of Duty gameplay that you know and love (or hate) is back in full force here. Infinity Ward keeps the action tense and exciting without relying on the tricks it used in previous titles. Special Ops is a fun cooperative experience while the multiplayer is polished to be one of the best "casual hardcore" experiences on the market.

Presentation: 9.0 – Same feeling of authenticity that previous games have showcased wrapped in a mostly-delicious action-movie vibe. The story of the campaign is a bit far-fetched and weak, but it doesn\'t take too much away from the actual experience.

Graphics: 9.0 – It looks good and runs at a solid clip of 60 fps. The major improvements over the previous games are a largely-expanded color palate and wider sense of variety.

Value: 8.5 – There\'s a lot of content in the game, but certain gamer demographics might be put off by the deliberate removal of multiplayer features on some platforms.

Final Score: 9.0 – A well-produced sequel to the original that adds enough to easily overcome its shortcomings, Call of Duty Modern Warfare 2 is gaming\'s equivalent of a Hollywood summer action blockbuster.